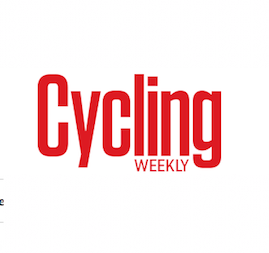 The 100th edition of the Giro d’Italia led to outstanding traffic growth for Cycling Weekly, publisher Time Inc has revealed.

After an incident-packed three weeks, this year’s Giro came down to drama on the final day as Team Sunweb rider Tom Dumoulin claimed his maiden Grand Tour victory.

Cyclingweekly.com recorded almost 2.4m unique users during the month of May, growing more than 30 per cent year on year. UK unique users passed 1.1m, marking the fourth time the site has exceeded 1m monthly uniques and the first outside of Tour de France or Olympic months. With more than 3m sessions, the site was the most visited cycling media site in the UK during the month.

This year has also been notable for a change of domain for Cycling Weekly as the site moved from its traditional home at .co.uk to .com. Time Inc. UK commented that this marks the site’s increased ambition as it looks to expand its cycling brands on a global scale.

Mountain bike brand MBR is also reaching a vast viewership for Time Inc. UK, with record all-time traffic for the third consecutive month. MBR.co.uk posted more than 450,000 unique users in May, a growth rate of 27 per cent year-on-year.

Content director for the Cycling Group Simon Collis commented: “We’re thrilled that increasing numbers of cyclists are consuming our mix of racing news, product reviews and fitness advice. The team worked incredibly hard to deliver coverage of the Giro around the clock, seven days per week, and our success in May suggests we can do great things during this year’s Tour de France.”

Head of market for the Cycling Group Sean Igoe added: “These are really exciting times at Time Inc. UK, and growth in the last couple of years has been unbelievable. To be able to offer unparalleled access for our partners to this kind of audience scale is genuinely great to be involved in.”