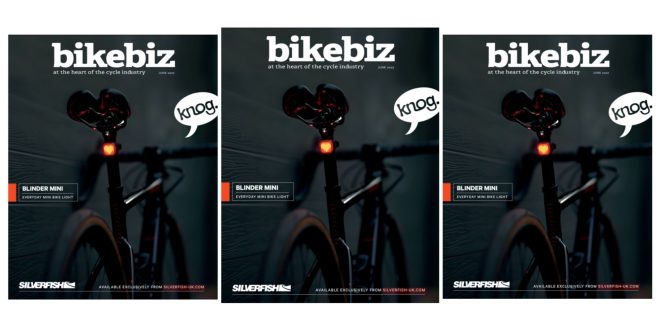 Never miss an issue, subscribe to BikeBiz for free here

The UK Government has announced plans for a new e-scooter vehicle category, paving the way for the legalisation of e-scooters on our roads, a development that has been met with a cocktail of excitement, disappointment, and fear, depending on your angle.

It’s clearly too late to stem the tide of e-scooter use. Countless riders are already flouting the law in pursuit of low-cost, sustainable transport and, despite their current illicit nature, e-scooters have already flourished into a multi-billion pound industry.

The development of a new vehicle category is an overdue announcement from the Government, which will now allow police to effectively enforce regulations on dangerous riding, speeding scooters, and drunk-riding, rather than chasing every scooter they see. I support the legalisation of e-scooters, as they represent a more sustainable future that might just be the revolution we need to dramatically kick short-journey car-use to the curb.

But I also have huge amounts of sympathy for those concerned about the safety implications, particularly those vulnerable members of our society who already battle through a vehicle-dominated world, even before the fear of a barrage of pavement-ridden e-scooters.

For that reason, the e-scooter revolution must live up to its potential, and authorities must assuredly guide its development, allowing freedom for those who want to ditch their car, while protecting vulnerable users from scooters, scooter and bike riders from drivers, and drivers from each other.

In this month’s edition of BikeBiz, we guide you through the latest Government announcements in this year’s Queen’s Speech (p21), including the developments in e-scooter law. On the micromobility trend, I have also dipped my toes into the water of electrically-assisted transport for the first time, trying out an unusual new e-bike from British brand Eskute – see how I got on later in the mag (p34).

Away from the e-revolution, we dive in-depth into the controversial topic of salary transparency in the bike trade (p7-8), and document a trip to the north of England to visit the headquarters of British clothing brand Altura, now in its 25th year.

Whatever your feelings on the electric future of the bike trade, we’ve got you covered.

In this month’s edition of the BikeBiz magazine…

Fair play for fair pay
Should employers in the bike trade publish their salaries alongside job ads? Alex Ballinger explores the impact pay transparency could have on the industry

Not (just) for kids
The BMX industry may sit on the periphery of the bike trade, but it’s often a portal into cycling for many youngsters. BikeBiz editor Alex Ballinger goes back to his roots to explore the current state of the BMX market

The Queen’s Speech: E-scooters, business rates, and levelling up
May marked the start of a new parliamentary session in Westminster, and amidst all the unusual traditions and archaic outfits, there were some significant announcements affecting retailers

Three cheers for 25 years
This year, British cycling clothing brand Altura hits the quarter century milestone. The BikeBiz team hopped on a train to Country Durham to meet the team and test some kit on the local gravel

The future is green
Joanna Flint, marketing director at the Green Commute Initiative, recently took over the day-to-day running of the organisation alongside her colleague Katherine Stather. Here Flint looks to the future for the social enterprise

Testing the water
BikeBiz editor Alex Ballinger has been trialling his first ever e-bike. Here’s his thoughts on the power-assisted revolution

Carbon culture
While cycling is a green mode of transport, bike production may be lagging behind on sustainability. Duncan McCann, IBD manager for United Wheels, is on a drive to reshape the cycle industry’s relationship with carbon

Headwinds and tailwinds
Since it was founded in 1994, ABUS kept a firm focus on the commuting and leisure markets, but in 2016 jumped into the high-performance scene. Here’s how the future looks for the German brand

Five minutes with… Seatylock
As the California-based lock brand plans to launch its fifth generation product, Seatylock CEO Michael Shenkerman offers an update to the industry

‘The team is so solid and proactive, I couldn’t ask for a better bunch’
Cycle Spirit London opened just months before the pandemic changed the course of the industry – Rebecca Morley finds out how the shop’s fared in challenging times

How is technology changing the retail landscape?
Citrus-Lime director James Steel tells Rebecca Morley about the importance of independent bike shops having an online presence

Tales from the workshop: From India to Appleby
The Bike Inn, a cycle mechanic training school in Cumbria that has been training workshop staff for more than 30 years, shares one of its success stories

New products and sector guides
All the latest developments in the market, plus a spotlight on helmets 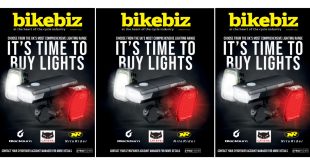 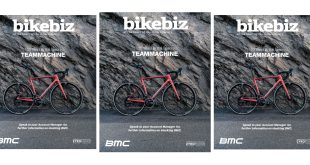 BikeBiz May edition is now available