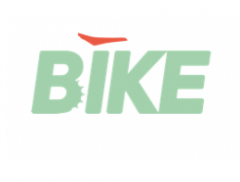 The channel, which debuted on British television in 2015, is the official media partner of this years Cycling Media Awards.

With nine days to go until the prestigious CMAs take place, BIKE channel CEO Filippo Ubaldini has commented: “The Cycling Media Awards make a fantastic evening, celebrating and recognising the people and brands behind the headlines, the ones that bring you the stories and present them in so many different ways.

“The sports media landscape is changing quickly and the awards given out on the night reflect the diverse ways in which people are consuming our favourite sport. From the best magazines and writers, to the most creative websites and broadcasters, I can’t wait to be there and see who’s won each prestigious award.

“BIKE is also producing a one-off special on the night, interviewing the biggest names in attendance and covering the awards ceremony. This will be aired on a prime-time slot shortly after the awards."

As official media partner, The BIKE Channel will be broadcasting the official coverage of the event, including the announcement of the winners for each category, and speeches by notable industry icons.

The awards, which take place on November 10th at the Islington Metalworks in London, will recognise the hardworking media representatives in the cycling industry, and celebrate the contributions made by key influencers.

Tickets for the 2016 event are now on sale, and can be purchased from the Cycling Media Awards website: www.cyclingmediaawards.com.

Nominees for the CMAs were announced earlier this month, and are as follows:

Magazine of the Year

Best coverage by a Mainstream – Print

Best coverage by a Mainstream – Online

Photographer of the Year