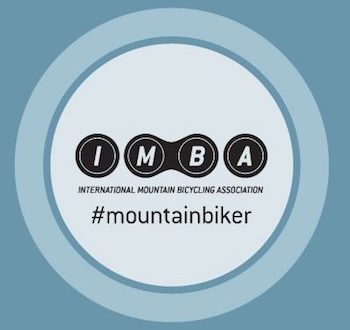 When and where "appropriate" eMTBs can be used on non-motorised trails if land managers agree, the International Mountain Bike Association has now stated. IMBA’s new stance is included in a statement that has been three years in the making, and has not been updated since 2015 because it could potentially alienate existing supporters of the US-based lobbying organisation. The industry is keen to sell more eMTBs, but many in the MTB community fear that advocating for eMTB use on non-motorised trails will lead to blanket bans for all mountain bikes.

The US Forest Service and the Bureau of Land Management both prohibit eMTBs on trails that allow mountain bikes. These national agencies consider eMTBs to be “motor vehicles”, a stance that many in the industry have been working to shift.

The Forest Service defines a bicycle as a "pedal-driven, human-powered device with two wheels attached to a frame, one behind the other.’’ Strictly speaking, Class 1 e-MTBs meet this definition because their motors are there to "assist" the pedal stroke, not supplant it.

A Class 1 electric bicycle, or “low-speed pedal-assisted electric bicycle,” is defined as a "bicycle equipped with a motor that provides assistance only when the rider is pedaling, and that ceases to provide assistance when the bicycle reaches the speed of 20 miles per hour."

Promotion of Class 1 eMTBs – and the eMTBs which are higher-powered and that do not require pedalling – has long divided mountain bikers. Veteran editor Jimmy “Mac” McIlvain resigned his long-time editor’s post at Mountain Bike Action magazine due to his publisher’s insistence that more space had to be allocated to e-MTBs. (On his Facebook age Jimmy Mac wrote “The publisher is expanding the magazine’s coverage to motorized mountain bikes and I just can’t go along with his logic. Mountain biking is a human-powered activity.”)

"The topic of electric mountain bike access to non-motorized trails is increasingly dominating the conversations of mountain bikers, land managers, trail users, the bicycle industry and others," states IMBA in its carefully-worded new statement.

"IMBA recognizes this as a complex issue encompassing mountain biking culture, the access landscape and the passions and experiences of different trail users. All sides have valid, logical and emotional arguments to make , and IMBA is listening."

The organisation adds that it believes "these bikes can be managed in a sustainable way for both the environment and other trail users" but it stresses that "IMBA does not advocate for access for eMTBs."

Instead, IMBA executive director Dave Wiens believes "mountain bikers need to be at the table for all conversations that discuss access for eMTBs to non-motorized trails that are open to bikes."

The revised IMBA statement on eMTBs, online at IMBA.com, is already attracting some lively comments.

Share
Previous Ten days left to submit your nominations for the 2018 BikeBiz Awards
Next We don’t dump e-bikes in Europe, China’s Bafang says