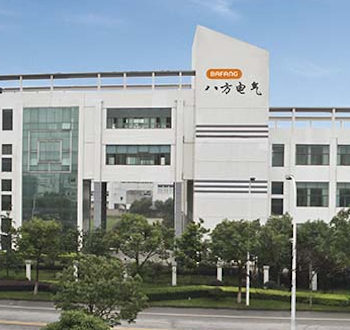 Bafang of China has issued a press release disputing dumping claims from the European Bicycle Manufacturers Association. The "anti-dumping statement" denies that Bafang received subsidies from the Chinese state.

"The speculation and imagination in the indictment from European Bicycle Manufacturers Association (EBMA) has several accusations that Bafang received government heavy state-subsidies and with that, e-bikes were dumped into the European market," starts the press statement.

"In fact, it proved that the prosecutor has an incomplete understanding about the history of the development of electric power-assisted bicycle," it continues.

Bafang MD and founder Qinghua Wang said: “Bafang’s goal is to produce innovative and high-quality products for our customers that make a tangible contribution to their riding comfort. Our employees are dedicated to this aim. We embrace every challenge and strive to develop new groundbreaking products that set new standards.“

Bafang entered the electric bicycle industry in 1999 – "long before the well-known European e-bike component makers entered the market," sasy the company – and launched its own brand in 2003. In 2015 Bafang sold 900,000 motors to more than 350 customers worldwide. The market with the highest turnover is Europe, accounting for more than half of motor and system sales.

Bafang has had an office in the Netherlands since 2012 "to be closer to, and provide an even better service for, our European customers, thus underlining the importance of the European market for our future development."

In an EU anti-dumping complaint – "Electric bicycles from China, Complaint under Article 5 of Regulation 2016/1036", lodged last month – EBMA argued that European manufacturers, such as Bosch, developed the main technogies powering e-bikes and that European e-bike and component makers should therefore be protected with tariffs from Chinese imports that, it is claimed, are "dumped" on the European market.

Chinese companies point out that the e-bike has been popular in Asia far longer than in Europe. Japan’s Yamaha Motor Corp claims it "launched the world’s first electrically power assisted bicycle in 1993".

EBMA’s 42-page complaint alleges that Chinese bicycle producers have "been able to obtain heavy State-subsidies from authorities at provincial, regional and local levels. These subsidies have enabled the Chinese e-bike producers and their suppliers, most importantly Bafang, the main Chinese producer of e-bike engines, to catch up quickly with the EU industry in terms of knowhow."