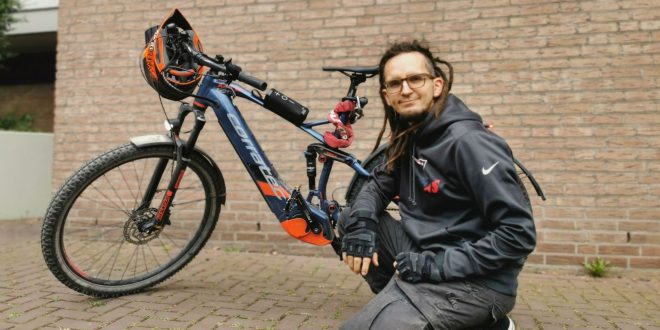 ‘At 1:34 am the alarm went off, at 1:46 am the handcuffs clicked’: E-bike thieves caught with help of BikeTrax GPS tracker

PowUnity has revealed the story of how its BikeTrax GPS tracker helped catch a gang of e-bike thieves last month.

Paul Schröter, who lives in Westhofen, a small town in the German state of Rhineland-Palatinate, owns a Corratec mountain e-bike which stands in a locked bicycle cellar, secured with a lock and the BikeTrax GPS tracker, a tracking device that sends an alarm to the owner’s smartphone in case of unauthorised movement.

During a previous break-in, the gang of thieves wanted to cut Schröter’s bike lock but didn’t have the right tool. When Schröter received the alarm on his smartphone that night and rushed into the basement, the thieves were already gone. 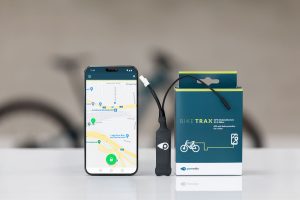 One week later, at 1:34 am, Schröter’s alarm went off again. “The alarm is like the screaming of a toddler you had become used to. You wake up immediately and know something is wrong,” he said.

“He grabbed his dog and the torch and went downstairs again,” said PowUnity. “When he arrived from the sixth floor to the bicycle cellar, the parking space for his e-bike was already empty. This time, the thieves apparently had the right tool at hand: an angle grinder, as it turned out later.

“Paul immediately called the police. A few minutes later, Paul was already sitting on the passenger side of the police car, instructing the response team to follow the live location displayed on his PowUnity app.”

PowUnity’s BikeTrax tracking system is specially developed for e-bikes. A GPS tracker is installed inside the e-bike and connected to the associated GPS software, the PowUnity app.

PowUnity continued: “12 minutes later, in the darkness on the banks of the Rhine, the emergency vehicle’s beam of light shone on the stolen bike. The handcuffs clicked. One of the thieves already had a criminal record and was sought by the police anyway.”

Schröter said: “The police themselves said they would be happy if more people used such anti-theft protection.”

Founders Maximilian Loy, Stefan Sinnegger and Christian Strassl developed the GPS tracker BikeTrax as modern and efficient e-bike theft protection. In 2023, PowUnity will take its connected e-bike product to the ‘next level’ with an enhanced PowUnity e-bike app.

With this app, BikeTrax users will not only be able to protect their e-bike from theft but also use their smartphone as an e-bike display. This is where all the functions come together, from e-bike control and riding statistics to an automatic maintenance and service plan and more.

The Innsbruck-based company offers e-bike manufacturers a white-label solution of the PowUnity e-bike app, including a dashboard that shows the use of their e-bikes in various parameters. 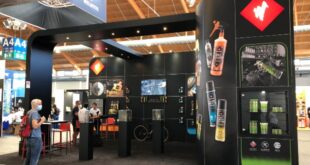