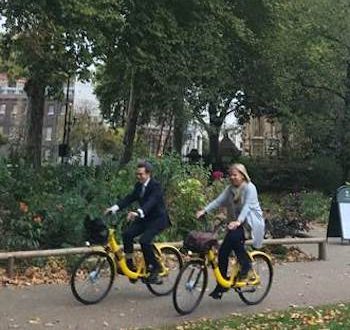 APPCG co-chair taken for a dockless ride by Ofo

Ruth Cadbury, co-chair of the All Party Parliamentary Cycling Group, says the burgeoning dockless-bike sector is “exciting.” The Labour MP for Brentford and Isleworth, and former shadow housing minister, has experienced the dockless experience first hand after Ofo brought one of its bikes to Westminister for the MP to ride. She told BikeBiz:

“Dockless bike share schemes are an exciting concept which could lead to a lots more bike sharing schemes around the UK.”

She added: “We are keen to work with Ofo and other providers to approve a code of conduct which should prevent some of the random dumping of bikes that have been an issue in other countries.”

“Our meeting with Ruth was positive and it was great to be able to introduce her to our bike and demonstrate how the service works. We pride ourselves in being a responsible operator, and engaging with local authorities and politicians at all levels.”

Ofo, a Chinese firm, recently unveiled its latest bike in Cambridge. They have “lightweight” frames complete with front basket as well as a dynamo front light and solar-powered back light.

By the end of 2017, Ofo plans to deploy 20 million bikes in 200 cities in 20 countries. The firm was founded in 2014 by five members of the Peking University cycling club.

Ofo raised over £541min Series E financing round in July this year.

In Cambridge, Ofo uses electric cargobikes, with bike transporter attachments, which are used by Ofo operatives to move bikes to high usage areas easily and quickly.

Ofo’s yellow bikes are hired through a smartphone app for 50p for 30 minutes and can be picked up and dropped off anywhere that bike parking is allowed. 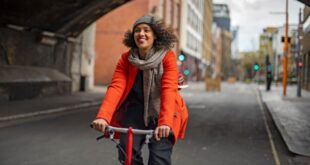 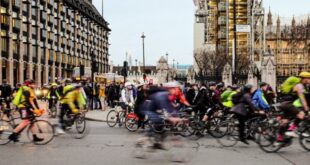 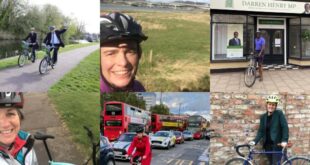