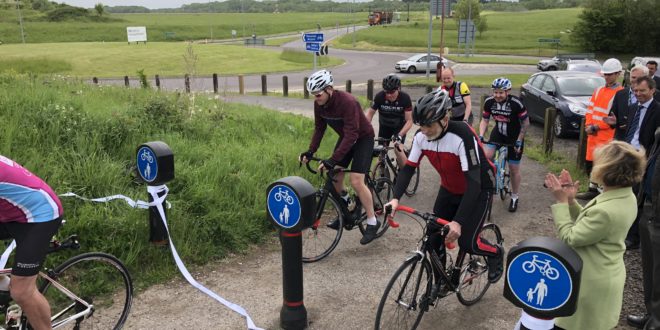 A section of the national cycle network linking London Stansted Airport with communities across Essex has reopened after a £800,000 upgrade.

When work started in December, cyclists commuting to the airport were having to navigate the tricky junction eight of the M11, and were often put off using what was little more than a dirt track that formed part of National Cycle Network Route 16.

The 10,000 hours of work also involved embedding energy-efficient solar stud lights and ‘give way’ signage for horse riders and cyclists where there are concealed turns. The improvements to the one-mile route were part of an £11 million package of works on the M11, which has included road and bridge repairs on the motorway and the A11, and were also a part of Highways England’s commitment to improving facilities for riders through its special cycling fund.

Highways England project manager Karl Brooks said: “We did this work to provide a more attractive route for cyclists, who have been using the junction 8 roundabout due to the state of the cycle path. Highways England is delivering 200 cycling upgrades between 2015 and 2020 to help make cycling easier around major A roads and over motorway junctions across England. They will contribute towards a connected, comfortable, attractive and high-quality cycling network, suitable and safe for use by people of all ages and abilities.

“This new path now offers an attractive and much safer route for users, including Stansted Airport staff, students of the new Stansted Airport College, Birchanger residents, and many more.”

Cycling minister Jesse Norman MP added: “I want us to become a nation of cyclists, and for cycling to become a natural choice of transport for people of all ages and backgrounds. This Government is determined to make cycling and walking safer and easier across the country, and it is encouraging to see the work Highways England has done to improve this cycleway for users.”

The work was designed by WSP and completed by Interserve on behalf of Highways England. It was part of the £61.4 million Highways England spent on maintaining the east’s roads over the last financial year, with a further £54.2 million of maintenance work the organisation has committed to over the next 12 months.

Responsibility for maintaining the bridleway and cycle path will now transfer to Essex County Council. 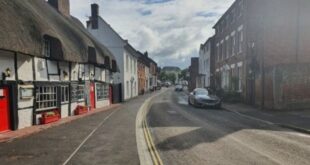 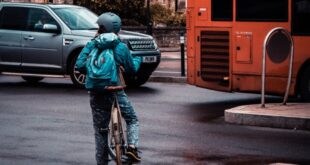 £338 million package set to boost cycling and walking across country 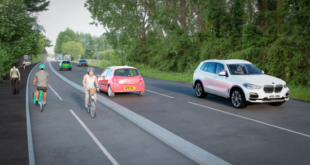