Interbike announced two new keynote speakers, both of whom will attend the IBD Summit for retail attendees.

Doug Stephens and David Mead will be joining John Venhuizen, CEO of Ace Hardware Corporation, as part of the series for each morning of the expo.

As the founder and president of Retail Prophet, Doug Stephens’ intellectual work and thinking have influenced many – from small, brick and mortar community shops, to some of the world’s best-known retailers, agencies and fortune 500 companies. His perspectives on retailing, business and consumer behaviour have been featured in media outlets including The New York Times, The BBC, Bloomberg Business News, TechCrunch, The Financial Times, The Wall Street Journal and Fast Company.

David Mead, a specialist in organisational culture and leadership, will be delivering two sessions at the IBD Summit at Interbike. On Wednesday afternoon, Mead will open with discussion surrounding Simon Sinek’s book Start With Why, explaining how great leaders inspire through the way they think, act and communicate.

In the week’s final keynote, “Leaders Eat Last,” Mead will offer a follow- up perspective, based on biology, which supports our natural desire as human beings to collaborate. 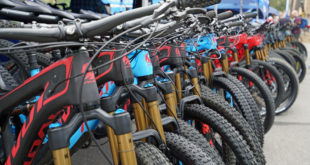 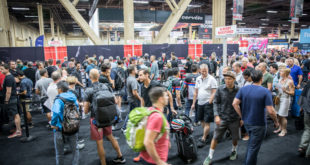