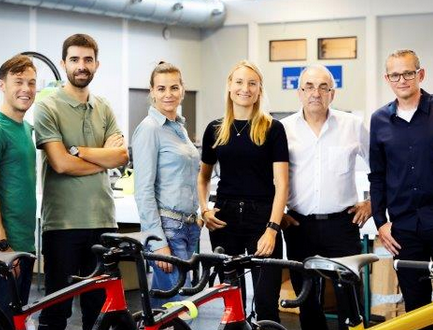 Winners picked for the 2017 Eurobike Awards

The Eurobike Awards return for 2017, with a total of 458 applications submitted by brands.

Over a period of two days, a six-strong panel of expert judges faced the task of selecting the submissions worthy of an award from this large pool. Among them for the first time were also the winners of the newly introduced Start-up category.

This year’s process included a digital pre-selection phase, during which a twelve-strong panel undertook an initial selection from the Award entrants. A total of 259 new products made it through the first round to secure a place nj the shortlist of candidates for a Eurobike Award. On August 9th and 10th, the panel met in Friedrichshafen to take a close look at the competition entrants as well as to test and then finally evaluate them.

“The final decision as to which submissions are the most impressive in terms of quality, design, level of innovation and function and thus deserve an Award is no easy task for the judges. The two days definitely involve some intense and sometimes controversial discussions, which then ultimately lead to a well-rounded verdict being reached,” explained Eurobike project manager Dirk Heidrich.

The same is also true of the eleven winners selected for Gold Awards this year. Amongst the award-winning products, they stand out in particular because the judges consider them to have the potential to set a benchmark within their segment. One candidate also received the Green Award for a particularly sustainable product development. Premiering at this year’s event, the Start-up Award went to five companies.

“These have been two very exciting days with a very proficient and well-balanced selection of judges," said designer Tomas Fiegl. “For me it was a pleasure to see that the new product innovations were not merely gradual improvements but also included entirely new concepts.” His colleague on the panel, Fran Garcia, added: “For me as a journalist, it was a great experience to be part of the Eurobike Award panel. It presents a unique opportunity to gain a comprehensive preview of the new products for the coming year.”

“It was great to see how the bicycle industry is increasingly focusing on the subject of urban mobility,” commented judge Anna Luten.“Many of the products that we have examined here at the Eurobike Awards are concerned with topics such as design or weight. We have also seen many innovations that concentrate on people and users and are tackling the issue of how the bike can become even more attractive as a means of transport.”

The winners will be kept secret until the first day of the Eurobike show on August 30th.