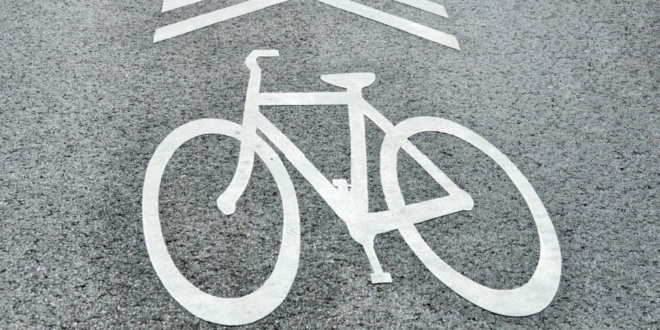 Will cracking down on cyclists help improve road safety?

The news bit
On 12th August, the Government announced it will consult the public on whether we need a new law for causing death by careless and death by dangerous cycling. This review followed a campaign by Matt Briggs, the widower of Kim Briggs, who was killed in 2016 when Charlie Alliston collided with her on a fixed gear bicycle with no front brake. The announcement was met with frustration from road safety campaigners, who say the review ignores an opportunity to tackle the wider issue of prosecuting dangerous and careless driving offences – which cause far greater harm on our roads each year.

Cycling UK’s head of campaigns, Duncan Dollimore, says: “The way the justice system deals with mistakes, carelessness, recklessness and deliberately dangerous behaviour by all road users hasn’t been fit for purpose for years.”

The problem is at present, only 57 per cent of drivers who cause a death by their driving go to prison. Of those who are convicted of death by dangerous driving, just 27 per cent see a custodial sentence of, on average, 14 months.

In 2014, the Government announced a review of all road traffic offences and, although the maximum penalties for causing death by dangerous and careless driving were increased, and a new offence of causing serious injury by careless driving was created, the full review is yet to surface, four years later.

Campaigners argue the current descriptions of careless driving, a standard of driving falls below what would be expected of a competent and careful driver, and dangerous driving, … that falls far below… respectively, are too open to interpretation by juries. One in four drivers uses a phone at the wheel, according to research, even though mobile phone use while driving is more dangerous than drink driving. Campaigners argue this could cause juror bias, if people see driving while using a phone as dangerous – an issue that could be reflected in how jurors treat any new dangerous or careless cycling law.

Dollimore adds: “Whether someone is prosecuted for careless or dangerous driving is often something of a lottery, as are the resulting sentences, leaving thousands of victims and their relatives feeling massively let down by the justice system’s failure to reflect the seriousness of bad driving.”

Alliston was convicted for ‘wanton and furious driving’, and sentenced to 18 months in prison. Widower Matt Briggs was concerned about using what is part of the 1861 offences against the persons act, and felt a new law was needed for cyclists who cause deaths, in line with those applying to drivers. Campaigners say although the wanton and furious driving offence is little-used, the 1861 act is one of the ‘one of the most used pieces of legislation on the criminal offence statute book’ and functions adequately.

Joshua Harris, director of campaigns at road safety charity Brake, says: “Whilst the intentions behind the Government’s announcement are sound, they are trying to fix a fundamentally flawed legal framework. A full review of road safety law is required and frankly long overdue.”

Also in the announcement was some rather better news. The Department for Transport said it will look at updating parts of the Highway Code, including guidance on overtaking cyclists, to reduce the problem of ‘close passing’, as well as new guidance on cycling infrastructure standards, which campaigners say are long overdue.

Cycling and walking minister, Jesse Norman, says: “In recent weeks we have announced a range of measures designed to protect vulnerable road users such as cyclists and pedestrians. These include new measures to combat close passing, training for driving instructors, better collision investigation and £100 million in new investment through the Safer Roads Fund.”

Earlier in the year Jesse Norman announced £1 million funding, split equally between projects to support police tackling close passing, and training driving instructors on how to drive safely around cyclists, the latter provided by the Bikeability Trust. The consultation will last 12 weeks, until 5th November.

Why do we need cycling design standards?
All of our roads are subject to design standards, with guidance set by Government translated at a local level into design standards by individual roads authorities, i.e. councils. Of course, standards are important, but campaigners say they are inadequate when it comes to cycling infrastructure, in part because, at present local authorities may not have the expertise to translate Government guidance into a good cycle route. They may not know what constitutes good cycle facilities, failing to take into consideration, for example, non-standard cycles such as tricycles, excluding disabled riders or parents carrying children in cargo bikes [refer to last month’s article] or they may design cycle lanes that are circuitous, give way at every side road or give up where they are most needed, such as at junctions.

Cycling UK’s policy director, Roger Geffen, says: “At present, the confusing plethora of often-contradictory design guidance is clearly failing to ensure safe and sensible designs. Too many cycle facilities in the UK are still worse than useless, or even downright dangerous. The situation is a mess.”

Phil Jones, of transport and place making consultant, PJA, one of the Government’s cycle infrastructure advisors on the Cycle Proofing Working Group, told BikeBiz although it’s not yet clear how the Government’s announcement will play out in practical terms, it is striking they are talking about design standards.

Other good news
As part of its announcement the Government also promised to review Highway Code advice on how much room to give cyclists when overtaking. At present it advises drivers to give a cyclist as much room as you would a car. However, this is very much open to interpretation; some drivers might give other vehicles inches when overtaking.

The Government also announced £1 million to help upgrade parts of the National Cycle Network (NCN) identified as part of a major review to improve the standard of key cycle routes across the country.

Anita Konrad, national director, England, for Sustrans, the walking and cycling charity said: “We are pleased that the Department for Transport has recognised the importance of the National Cycle Network by investing in supporting the demonstration projects.

“This is a critical first step in upgrading the NCN, which is vital for everyday journeys by foot and by bike, leisure and tourism. The Network will need continued support from Government and other partners to help bring all its parts up to a standard that ensures that it is a resource for everyone.”

Opinion
As a cyclist I, like most people who ride a bike on the UK’s roads, regularly face the kinds of hazards and aggression those who never cycle might find it hard to understand – from a close overtake, which is uncomfortable at any speed, to a driver turning across my path, having apparently seen me, forcing me to brake.

I cycle in London, but my experience is not unique – and sadly the experience of cycling on UK roads is unpleasant enough to prevent all but a hardened few from doing it. This country’s bad attitude towards cyclists, which stops us from significantly changing cycling conditions for the better, is provoked on a fairly regular basis by a nexus of media click baiting and political disinterest or disdain, along with a road system that designs in conflict between cyclists and all other road users.

Comments that lump cyclists into an amorphous law-breaking group convince people we are reckless scofflaws needing to be punished. Although most poor driver behaviour around cyclists stems from a lack of awareness rather than malicious intent, there is always the odd person, who seems out to settle a score with what they see as a band of freeloading, self-righteous weirdos in tight, bright clothing. Those drivers are the ones that scare me, and helmet camera footage provides too many of these examples to count.

Sadly, the Government’s latest announcement of a potential new law to deal with ‘law-breaking’ cyclists reinforces the impression cyclists are uniquely dangerous to pedestrians, and somehow out of reach of the law – which is simply, and obviously, untrue.

The proposed law changes are coming about because Charlie Alliston killed Kim Briggs after she stepped out in front of his bicycle which, illegally, had no front brake. At the same time a review of how we punish law-breaking drivers who kill, the cause of more than 400, or 99.4 per cent of pedestrian deaths a year, is still “forthcoming” the Government tells me, four years after its announcement.

Singling out cyclists in this way is not in the least bit helpful for road safety, not only in statistical terms, but it risks further inciting hatred against what is already a highly vulnerable, and often misunderstood, road user.

The day of the announcement, the main Conservative Twitter account tweeted: “We’re launching a consultation into dangerous cycling so that our most vulnerable road users are protected.”

This accompanied a photo of cyclists riding on a bike path, with hi-vis and bright lights. The text underneath: “We’re cracking down on dangerous cycling”. The problem with this tweet was the people in the image weren’t doing anything wrong, and yet it seemed to imply they were somehow criminals.

The tweet was later taken down after cycling and walking minister, Jesse Norman, intervened and apologised for it. However, it reflected a worrying attitude to road safety among some in Parliament, who they believe is responsible for road danger – and who they think vulnerable road users really are.

In stark and tragic contrast, two days later a driver deliberately mounted the pavement and careened into cyclists and pedestrians outside Parliament, in what was dubbed a terror attack, for the second time in as many years in that location, injuring three people. A day after that, a doctor to the Queen was killed by a lorry in Holborn, the fourth cyclist to be killed in that area in five years.

It is unlikely this will spark a wider political debate on the growing trend of vehicles used as weapons, or the lingering problems of lethal lorries and poor road design.

Even if the Government listens to the likes of Nigel Evans MP, who called for a traffic ban on Parliament Square, it is unlikely to encourage roads authorities to act, or to launch a review into tackling motor traffic danger, for the sake not only of our health and air quality, and our very safety on our roads.

Unfortunately, as before, the Government is far too concerned about bogus cries of a “war on the motorist” from the populist press, who relish any perceived punishment of cyclists, but baulk even at measures known to save lives. There are few more stark examples than any mention of the use of speed cameras, which are genuinely effective in saving lives by targeting law-breaking drivers, reliably met by hysterical cries of unfairness in the media.

While our Government listens to such hysterical cries, rather than the evidence, and road safety campaigners, little is likely to change.