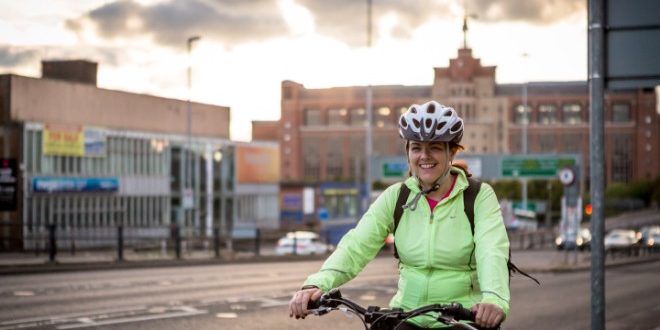 The West Yorkshire Combined Authority is celebrating the achievements of its award-winning CityConnect programme, which has overseen £60 million of investment in cycling and walking schemes across the region over the past five years.

Since 2014, 67 kilometres of new and improved cycling and walking routes have been delivered through CityConnect, with more than 2.3 million trips made on the infrastructure to date.

This includes more than 1,000,000 trips on the Bradford Leeds Cycle Superhighway since it opened in summer 2016, with 61% of people saying their confidence has increased as a result of the segregated route.

The Combined Authority has released a short film to celebrate these achievements of its CityConnect programme.

Working in partnership with local authorities, businesses, schools and community groups across West Yorkshire and York, CityConnect plays a key role in ensuring major events, such as the Tour de France Grand Depart, Tour de Yorkshire and now the UCI Road World Championships, have a lasting legacy by encouraging more people in the region to travel by bike and on foot.

Councillor Kim Groves, chair of the West Yorkshire Combined Authority’s Transport Committee, said: “From the outset our focus has been on putting people at the heart of everything we do – opening up access to cycling and walking routes, helping residents overcome barriers and connecting communities with opportunities for work, training and leisure.

“We have a great story to tell as a key cog in the wheel contributing to Yorkshire’s incredible and growing reputation as the home of cycling. There are so many individuals and organisations across our region, many we work in partnership with, doing amazing work to help make travelling by bike or on foot the natural choice for everyday journeys.

“This is just the beginning – we’re in a climate change emergency and it’s absolutely vital that we see the investment needed to build on this success. Two-thirds of journeys made by West Yorkshire residents are under five miles and Public Health England estimates of one in 20 deaths in our region are attributable to air pollution – the case for making more of our journeys by bike and on foot has never been stronger”.

Alongside this infrastructure programme, the CityConnect team has delivered a series of initiatives aimed at breaking down barriers to participation.

More than 1,800 people have benefitted from free adult cycle training – 60% of now cycle at least once a week.

Thirty-seven community organisations have received support to help them provide local solutions to local needs and 1,000 people have been prescribed cycling for their physical and mental health through CityConnect’s pioneering patient referral scheme, with 30% reporting they felt more confident after taking part.

Enabling more people to travel by bike or on foot has a key role to play in helping meet the Combined Authority’s priorities around climate change and inclusive growth.

For more information about visit www.cyclecityconnect.co.uk. 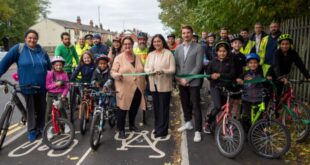