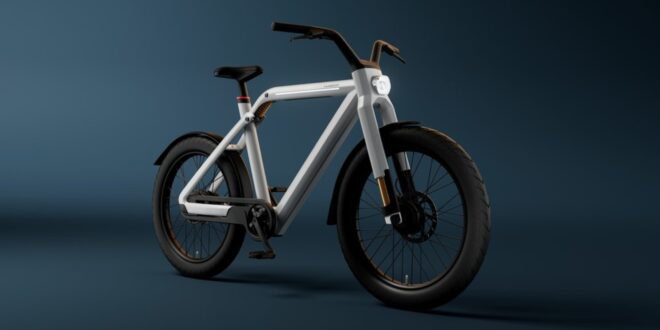 VanMoof has seen over 10,000 reservations for the VanMoof V, the company’s first high-speed e-bike, since it was announced last October.

This surge in demand represents over half of the total number of high-speed e-bikes on the road in the Netherlands, said VanMoof, and over 20% of the total known speed bikes riding in Europe.

The VanMoof V achieved its reservation milestone exclusively via a rider-first, invite-only approach, with the company giving its own community of riders the chance to reserve the VanMoof V first. Germany is the leading market, accounting for a third of total reservations, with the US and the Netherlands close behind.

“Getting such a large number of reservations in such a short period of time shows the incredible public appetite for a true car replacement in our everyday city lives,” said Ties Carlier, co-founder of VanMoof.

“With traffic levels now back up to pre-pandemic figures this mass turning point can’t come soon enough. We’re so excited at the fresh potential this bike represents. The V will upend the hierarchy of our roads.”

VanMoof has also revealed a new feature of the V – an integrated handlebar phone mount. This will allow riders’ phones to be incorporated as a screen and dashboard and provide an intuitive visual reference for updates from the V’s onboard computer.

“Our lives, cities, and transport choices are evolving fast in the face of climate challenges,” said Taco Carlier, co-founder of VanMoof.

“We believe that challenging automobile orthodoxy in our cities is absolutely necessary for a better future. People are speaking loud and clear and now we need cities to modernize policies and open up our streets to a more sustainable future.”

Currently in the engineering stage, the VanMoof V will move from invite-only to general reservations to the wider public (in selected markets) from 8th February on vanmoof.com, with first deliveries expected by the end of 2022. 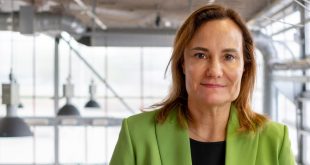 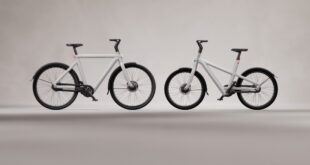 VanMoof reveals next gen e-bikes, the S5 and A5 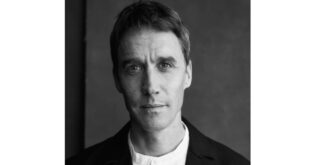