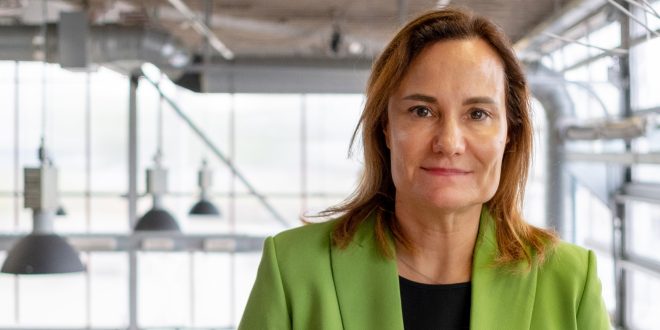 VanMoof has announced the appointment of Gillian Tans as president.

Previously CEO of Booking.com, Tans will take up the new position with immediate effect. As president, she’ll lead the company’s management team and oversee business operations.

“Born and raised on a bike, I’ve seen first hand how riding opens cities up,” said Tans. “As a dedicated VanMoof rider myself, I’ve been following Taco and Ties’ journey over the years and I’m thrilled to play a part in scaling this unique brand at such an exciting moment.”

Founders Taco and Ties Carlier have been working closely alongside Tans since she first invested in the company several years ago. Tans’ appointment will allow the Carlier brothers, who remain co-CEOs, to focus on long-term strategy, said the company

Ties Carlier will remain focused on product innovation, while Taco Carlier will be dedicated to the scale-up’s global corporate strategy. The company’s decision to introduce the role of President is the result of many months of operational planning and marks the next phase of VanMoof’s growth.

“We’re very excited to have Gillian join us,” said Taco Carlier. “She’s been an incredibly valuable mentor to me and Ties over the years. It’s great that we can now build VanMoof’s next chapter together.

“How we scale is as important as how we develop our product. Deepening our leadership with Gillian expertly sets VanMoof up to realize our ambitious goals in this next chapter for the company.”

After tripling sales in 2020, VanMoof has grown its service footprint to 50 locations worldwide over the last year. The recent reveal of VanMoof’s next-generation S5 and A5 e-bikes saw all early stock sell out ahead of shipments.

The new handlebar interface, made up of LED Halo Rings, communicate real-time feedback on speed, battery levels, unlocking and more. The lowered step-in A5 frame also opens the opportunity for more riders worldwide to have their first e-bike experience, said the brand.