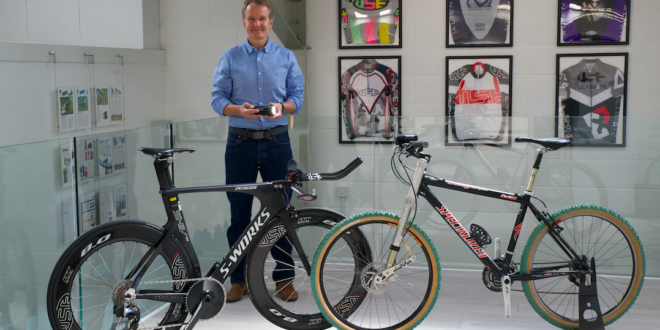 USE: The story so far

USE turned 30 in May. Rebecca Morley catches up with MD, chief designer and founder Roger Sparrow

“USE was started due to the effect of the first ride off-road on a mountain bike – was that amount of discomfort acceptable or wise?” says Roger Sparrow, MD, chief designer and one of the founders of USE, as he begins to talk about the history of the company.

“Full of enthusiasm, we set about designing and developing the first ever shock absorber in a seat post. With limited equipment in my Silver and Goldsmiths studio, development was more difficult and took longer than expected, but we got there.”

USE, founded in 1990 in Sussex, celebrated its 30th birthday in May. Sparrow continues: “We placed an advert in Mountain Bike International and Bob Allen, a US journalist, wrote a positive review. We were amazed at the reaction and the orders started to flood in – USE had started. We still proudly produce a version of this shokpost – it is as valid today on hardtail, gravel and hybrid bikes as ever.”

The Giant World Cup team with Rune Hoydahl and the UK Raleigh and the Scott/Diamond Back team both recognised the post’s performance benefits of being able to stay seated, Sparrow says, pedalling more efficiently and reducing fatigue.

USE built on this success with other suspension seat posts for cyclocross and leisure, including rigid seat posts in carbon, titanium and aluminium, handlebars, bar ends and QRs, always following the principle of only developing and bringing a product to market if it offered an improvement. It displayed bikes with its own prototype carbon hubs, titanium bottom brackets, machined cantilever brake arms, headsets and stems.

The lightweight posts became popular with the road market, Sparrow says – Laurent Jalabert being ‘King of the Mountains’ on USE titanium posts in 2001 and 2002. At this stage, over 60% of all production was exported to the US. The global distribution evolved alongside OEM contracts with Giant, Specialized and Cannondale. “There was a great deal of competition from trick US brands, so being successful in the US was quite a feat,” Sparrow explains.

In 1996, USE developed its XCR front suspension with innovative damping and crown assembly resulting in light, rigid and effective forks. Front suspension was taken to ‘another level’ in 2000 with the single-sided anti-dive product. “Its unique, patented principle utilised the braking forces to balance the natural diving action that any vehicle with suspension suffers. This was a particular problem on MTBs, due to the high centre of gravity and the limited traction. The suspension was not wasted by braking, keeping it available for full shock absorption, as if the brakes were not being applied.”

The Tula aerobar was developed with Michael Hutchison during 2006. It contributed to multiple national titles and an Olympic Gold for Kristen Armstrong in 2008. This was followed by the refined R1 Aero bar, still “probably the lowest drag aerobar available”, Sparrow says.

Pushing boundaries
The myriad of mountain biking events and disciplines fed everyone’s passion, Sparrow continues, the 24-hour event being the pinnacle. Competing in these events developed knowledge that in 2005 resulted in Exposure Lights, the first usable LED bike lights. “We pushed the boundaries, but being first to understand and master the technology enabled Exposure to establish itself as the market leader.

“Over the years, numerous unique, patented features have enabled Exposure to stay at the forefront. Many riders around the globe enjoy and appreciate the benefits of these innovations. An example is reflex technology – automatically turning the lights’ lumen output up and down depending on speed and gradient, optimising battery capacity for maximum illumination when required.

“The reputation Exposure has developed in cycling has led to various opportunities in new markets such as marine and medical, often stimulated by approaches to Exposure.” Exposure Marine has connections including the Volvo Round the World Race, with Exposure becoming the ‘go to’ for lights.

“Stimulated by supplying the mountain rescue services, Exposure could not resist the challenge of entering the head torch market. This is a competitive area, so Exposure focuses on high performance products and now has four products in the range,” Sparrow continues.

“The commuter market is huge and growing quickly, especially with recent events. Exposure has been making products for this arena that are more capable than the competition, offering improved safety and practicality. Medical lights, developed with specific customers, has been a fascinating process that has become very successful and continues to evolve into new products.”

However due to the success of Exposure, the USE hardware did not receive enough development time and effort, Sparrow says. This was addressed in 2015 with the rebrand of the USE components as ‘Ultimate’. Most products were upgraded and had various refinements, new products were introduced, such as handlebars, and the Vyce stems and Helix dropper post were developed and launched.

Turning 30
So now that USE has passed its 30th birthday, what market changes have been observed in the last three decades? “Emerging markets have fantastic opportunities,” says Sparrow. “We were typical of the early players of the MTB revolution, with masses of enthusiasm to develop new ideas and technology. Everyone wanted new and exciting products so opportunities for innovation were exceptional. Making a business from this was a bit of a dream.

“It was all pretty unprofessional, everyone being on a steep learning curve. Not many of these innovators were great businesspeople, including us. Many of the early companies did not survive and those that did were often absorbed into bigger companies.

“USE consciously had only limited OEM contracts, mainly with Cannondale, because these contracts often lead to the demise of accessory companies. USE essentially stayed as an aftermarket upgrade brand. As the MTB market matured, the bike manufacturers had to compete for market share so became more in tune with these upgrades as differentiators, reducing demand for aftermarket upgrades.

“To compete in this declining market, smaller companies had to go up a gear with even more innovative products such as the SUB front suspension for MTB and the Tula aerobars for the road, TT and tri markets. These were successful but niche catering for serious competitors and real enthusiasts. The myriad of mountain biking events and disciplines fed the passion, the 24-hour event being the pinnacle. This introduced a new opportunity, specifically good lighting, resulting in the Exposure Lights brand.”

Triathlon developed, which appealed to many beyond cycling and pushed technical innovation suited to small companies. The growth in cycling generally has been “terrific”, says Sparrow, with the UK success in competition fuelling the passion.

“The original mechanic/enthusiast has waned as bikes have become so sophisticated – few riders are hands on. This means the connection with the bike is different, and the knowledge and desire to upgrade parts is reduced. The emergence of e-bikes is another huge boost to the industry, not only keeping older riders engaged but also attracting new enthusiasts, from downhillers to commuters.”

Stresses and strains
USE has undoubtedly faced some challenges over the past 30 years – most recently with the COVID-19 pandemic altering many business’ operations. But what about during the 1990s? “During the early days it was all about trying to keep up with demand, how to expand production to be able to introduce new ideas and products,” Sparrow says. “We had no experience in manufacturing, it was a steep learning curve for most aspects of business. Those challenges were very interesting and are what made the business so rewarding – we also had and still have a great deal of fun along the way.

“As with all business, it has been 10% inspiration and 90% hard work – working 60 hours a week, many weekends with few holidays, and managing to balance this with four children.

“Technical challenges have always been present but understanding and overcoming them has been very rewarding. For example, when we installed our first new CNC machines I had to persuade the guy who installed them to give me a basic lesson on programming, then stayed up most of the night working out how to programme inner rods for shokposts.

“There have been times when finances have been tight, restricting aspirations, but coming through those made us stronger and wiser. There have been disappointments that products have not been successful or had short life spans.

“There is a relentless pressure to get innovation into production and maintain our position ahead on the competition. Stresses and strains are part of running a business, the recent challenges have highlighted this. Keeping the business healthy, staff safe and future plans on track has been a challenge.”

And obviously due to the current situation surrounding COVID-19, 30th birthday celebrations are restricted at the moment. Sparrow says USE will extend it to events and some special products over the next 12 months.

What’s next?
The passion is “as strong as ever”, Sparrow says, fuelled by success and a “relentless passion for design and innovation”. “The ideas seem to continue to flow and enthusiasm is only fuelled by new technology such as 3D printing.

“We have a great team at USE – experienced and very competent. This enables us to approach new challenges with confidence. New markets such as outdoors, adventure, medical, rescue and safety are exciting opportunities.

“Of course, cycling is our key stone and will always be our focus, we have been a long-term contributor to its success as a sport and leisure activity. We are very proud to have been part of the evolution of the early MTB with simple fat tyres to today’s downhill machines, and the technical specifications of modern road bikes.

“We look forward to the next decade with 110% enthusiasm.” 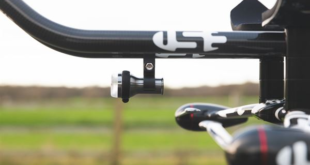 BikeBiz’s guide to the latest in triathlon 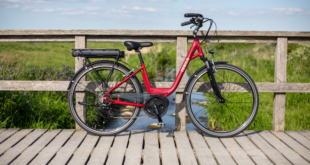 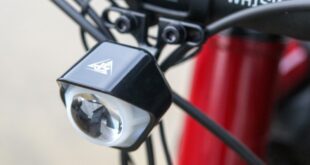