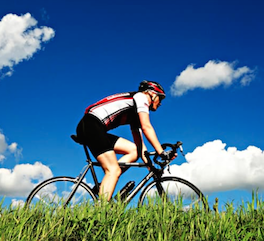 Cycling UK has called on the Government to utilise the Clean Air Zones campaign as a promotion and funding tool for sustainable and active travel development.

The statement was released as a response to the Department for Environment, Food and Rural Affairs’ (Defra) consultation on the implementation of clean air zones in England, and details how the funding could be used to promote cleaner transport in Britain.

The national cycling charity’s response highlighted the value of investing in high-quality cycling and walking conditions as an effective resource in tackling pollution, as well as reducing congestion and greenhouse gas emissions.

Cycling UK’s policy director Roger Geffen said: “In this post-truth world, some journalists and politicians have claimed that cycle lanes actually worsen congestion and pollution. They can, in fact, take large numbers of polluting vehicles off the road; a typical road lane carries an average of 2,000 cars per hour or 14,000 bicycles.

“Let’s use the revenue brought in from Clean Air Zones to fund sustainable travel, like cycling and walking. Our air will become more breathable and our cities more liveable. We don’t need to wait for new techno-fixes to clear up our air, the 200-year-old bicycle can do it right now.”