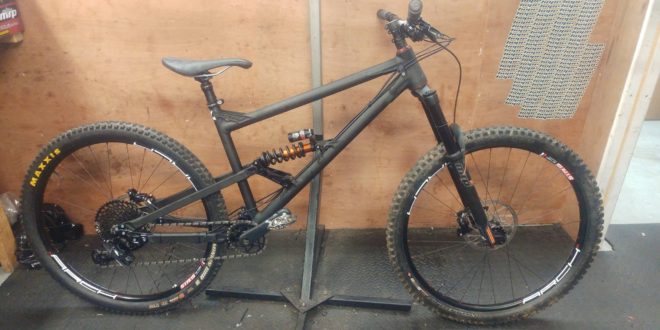 Unit Cycles in Truro, Cornwall, has released a list of bikes that were stolen last week.

Bikes, accessories, clothing and some workshop tools were taken during the night on 12th October.

The shop had an alarm and CCTV but staff believe thieves had scoped the place out first as the alarm system was ripped out along with the phone line, the power was turned off and the CCTV recording unit was taken.

A post on its Facebook page said: “We are gutted and furious – there aren’t even the words.

“The scum broke through the wall of the side of the building and have taken nearly everything.”

The shop has asked people to keep an eye out for the following bikes:

2018 Ideniti Mettle, purple, medium, with yellow foam grips, Invisiframe and a bit grubby as it was a demo bike.