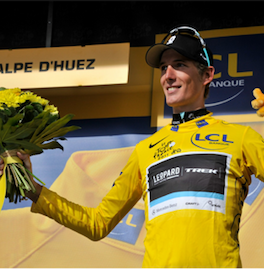 Organisers of the Tour de France have confirmed that the exclusive TP ICAP L’Etape London event, which takes place on September 24th, will include a guest appearance by 2010 Tour de France winner Andy Schleck.

Schleck will be meeting riders before they start, giving advice at one of the feed stations and on route, and handing out medals to those who complete the ride.

Riders taking part can choose between a selection of 49, 92 and 117 mile routes, many of which follow the same roads from stage three of the 2014 tour when it began in the UK.