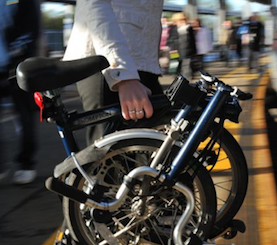 Research carried out by Sustrans Scotland has revealed that roundabouts and T-junctions are the main cycle collision hotspots in the region.

The findings – which were published by Sustrans’ Scottish Research Programme – are set to be presented at the Scottish Transport Applications and Research Conference in Glasgow on Wednesday, May 24th.

Titled Cycling Safety in Scotland: Cycle Collision Hotspots, the paper identified locations which had a relatively high number of collisions, compared to the amount of cycling activity in the area between 2005 and 2014.

It also assessed the severity of cyclist causalities at each location and scored this against the population size in each area and the number of people in the vicinity who had reported that they cycled to work in the 2011 Census.

Out of the top 20 ranked locations for cycle collisions in Scotland, the research found that 19 of the incidents occurred at a junction or within 20 meters of one.

Roundabouts appeared most frequently for cycling collisions, in eight of the 20 hotspot locations, whilst seven of the locations were at T or staggered junctions.

Commenting on the findings Sustrans Scotland national director John Lauder said: “Safety is often cited as the main reason why people don’t cycle for more of the journeys they make every day. This research highlights the importance of having high quality cycling infrastructure in place at junctions so that collisions can be prevented.

“We know that better cycle infrastructure increases the feeling of safety and ultimately the number of people on bikes. Through our Community Links, Street Design and National Cycle Network funding, which is provided by Transport Scotland, Sustrans helps to ensure this happens. Put quite simply – the more people in a place who cycle, the safer it becomes for everyone.”

The top collision hotspots are: