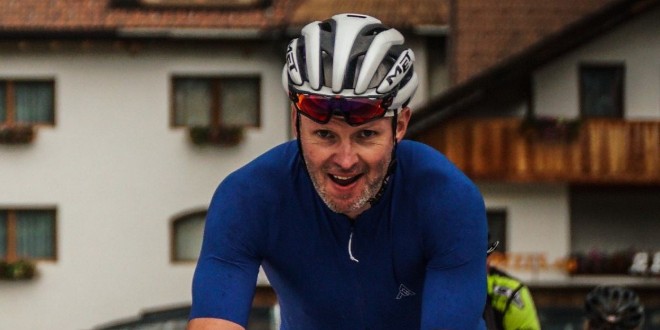 To show, or not to show? Kevin Burton on the evolution of cycle trade shows

Last summer, I wrote an article for BikeBiz pondering cycle trade shows and how to approach them from a brand perspective. 18 months later, I want to follow up on that idea and contemplate how things have changed.

I’ve attended multiple shows outside the bike world this year while working on a project that crosses over into other sports sectors. If they taught me anything, the experiences showed me that we are not alone in facing these issues.   It would be unfair to name the specific shows I visited, but the sectors included electronics and technology, motorsport, agriculture and outdoor, two cycle shows and a fitness and bodybuilding event. The electronics and tech show was a small-ish affair but had lots of empty stands, a lack of people in attendance and all in all was an expensive ‘day out’ in my opinion.

The motorsport show was unfortunately still working in the way they have for many years – a rather out-of-date and non-PC approach, which attracts a certain type of consumer. The agricultural and outdoor show was great – it had a huge attendance helped by TV awareness.

The cycle shows were smaller affairs and seemed quiet in my opinion, but I did not attend all days. The fitness and bodybuilding show was a mixed affair, poor attendance for half to the show (the retail part), but the events and competitions drew a huge crowd.

This year, I have attended only UK shows, so it’s been nice not to have the travel issues that can be created by some international events. With that in mind, I can only comment on non-UK events based upon what I have read, and what this industry vet has heard from friends and colleagues.

I understand that it’s really difficult for all shows to host due to many reasons, and I don’t claim to know the ins and outs of them, so I have a lot of respect for the organisers.   It appears to me that we don’t need the trade days, as a significant amount of business has mostly been completed in locations where the dealers are a captive audience, which makes sense for those brands.

Personally, I would love to see shows as they used to be back in the 1990s. Most brands are present, but we have so many more brands now, and it’s still really expensive to attend, not just from the booking of the show, but other costs that come into play, such as hotels, travel, food etc – not to mention the time spent out of the office carrying out our day-to-day duties!

From what I’ve heard, a lot of big brands have pulled out of European shows this year – even more than I noticed last year. The brands are still doing their own thing because it’s more cost-effective for them to do so. This is happening at shows too – in particular in the UK, based on what I have seen. This is a real shame for the consumer as they miss out on seeing new products, which would, in turn, drive footfall.

It was apparent that a large, well-known online brand was not attending the same number of shows that it has in the past. Like it or hate it, it brings consumers to shows and events, so the fact that it wasn’t there is another concern for the industry.

So, what can we learn from this? It’s a difficult question to answer. You have to look at why people go to a show. In my view, it’s to look at a full range of products, new items, chat directly with the brands, test some products and generally dream about all the weird and exotic products they may never own. Other reasons might be to listen to opinions from athletes and experts and find out about events, holidays and races.

The issue we have these days is that everyone is an expert – they have the knowledge at their fingertips – so maybe we need to be more interactive with consumers in a different way than we currently do.

Dealer trade shows are on the decline unless we can get all the brands in one (rather large) room at the same time.

This may be a pipe dream, but I live in hope.