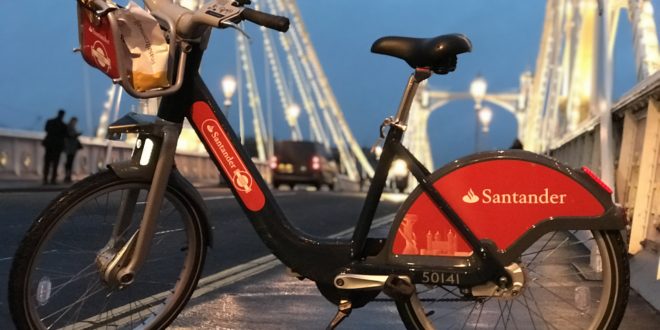 The Department for Transport’s head of active travel Rupert Furness has told a DfT-sponsored conference that because of Brexit it’s “unlikely” any primary legislation to regulate dockless bike-sharing will be passed by the Government.

Late last year the transport minister Jesse Norman said the DfT was evaluating the need for a National Standard for Bike-Share Schemes.

"The Department is discussing with various stakeholders the possible need for an agreed consistent national standard for bike share schemes to help ensure that they are introduced and managed appropriately," he said.

This was a reference to dockless bike-share schemes. Norman said such schemes could “make an enormous difference to urban cycling.”

Furness told the DfT’s Bike Share masterclass that ministers and department officials were aware of the need for a national bike-share regulatory framework but that no official scheme would be introduced. Instead, dockless and docked operators are encouraged to sign up to the voluntary code of conduct created by bike share representative body Bikeplus.

Most of the existing players – the main exception being Mobike – have signed up to this self-regulation. Urbo of Ireland has long called for stricter regulation, at the local and national levels.

Currently, there’s a little a local authority can do to stop a dockless firm dropping bikes into an area, although the bigger players always first seek cooperation with councils.

Share
Previous Get ready for ‘MAMIL the movie’
Next 20,000 cyclists expected to attend Cycle Expo Yorkshire