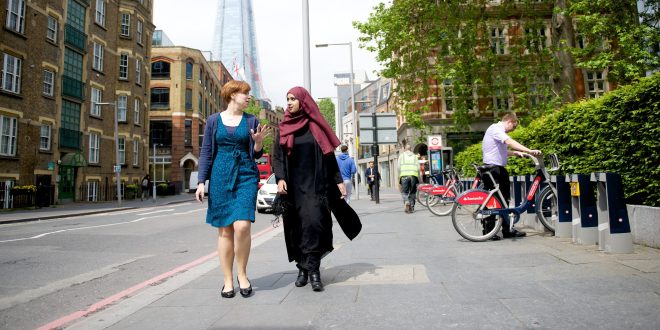 Transport for London (TfL) has announced that it will be making three cycling schemes introduced during the pandemic permanent, following public consultations.

During the pandemic, TfL worked with councils to make it easier for people to walk and cycle safely across the capital. Many of these schemes have since been kept in place on an experimental basis, to allow for data to be gathered and to allow people to have their say on how the schemes have performed.

Will Norman, London’s walking and cycling commissioner, said: “We’ve seen a huge rise in walking and cycling over the past two years as more and more Londoners enjoy using sustainable ways to get around the capital. To maintain this success, we are continuing to make our roads safer as we build a better London for everyone.

“I’m delighted that these cycle schemes have been made permanent, enabling even more Londoners to choose greener, cleaner and healthier modes of transport.”

The schemes saw the creation of new sections of cycle lanes and bus lanes in central and inner London. The new lanes were introduced to separate people cycling from motor traffic. The schemes that are being retained are:

On Tooley Street in Southwark, where a new protected cycle lane was installed to make it easier for people to travel between existing cycle routes in the area, including on London Bridge and towards Greenwich along Cycleway 4.

On Cycleway 8 between Chelsea Bridge and Wandsworth Town Centre, new sections of protected cycle lane and a new section of bus lane were installed to make it easier for people to travel between southwest and central London. A banned turned was also introduced from York Road into York Place. On Cycleway 7 between Elephant and Castle and Oval, new 24-hour bus lanes were introduced .

On an average weekday, more than 9,500 people cycling used some sections of CS7, and it is in the top 5% of routes in London with the greatest potential for people to cycle. Data has also shown that the schemes have not delayed traffic, with the road network performing in a similar way since the changes were introduced, compared to before.

On Tooley Street, vehicle numbers have fallen by a third, making the area more pleasant for people visiting. Bus journey times westbound are quicker and more reliable, with no significant impact on journey times eastbound.

David Rowe, TfL’s director of investment delivery planning, said: “Walking and cycling are hugely important forms of transport in London. It’s vital that we ensure people who walk and cycle in the capital are safe and have easy, convenient routes to use.

“Introducing the changes on these roads as an experiment has allowed us to make an informed, data-led decision on the future of these schemes. This data shows that cycling has increased without delaying motor traffic and investment in high-quality walking and cycling infrastructure will continue to be vital to a green, healthy and sustainable future for all Londoners.”

TfL will continue to monitor the schemes, including the use of materials such as plastic wands, to ensure that the routes and the infrastructure used remain appropriate for the local area.

A consultation has also been launched to allow people to have a say on another of the schemes installed during the pandemic between Clapham Common and Oval. Data collected on the scheme has shown peaks of more than 870 people per hour cycling southbound on the corridor with highs of nearly 3,500 people cycling in both directions per day, while improvements to bus lanes and taxi ranks, such as making bus lanes 24/7, have also been delivered. The consultation will remain open until 9th October.

TfL recently announced that e-bikes will be introduced to London’s Santander Cycles scheme from 12th September. The scheme will add 500 e-bikes to its fleet, which use an electric motor to assist riders as they pedal.