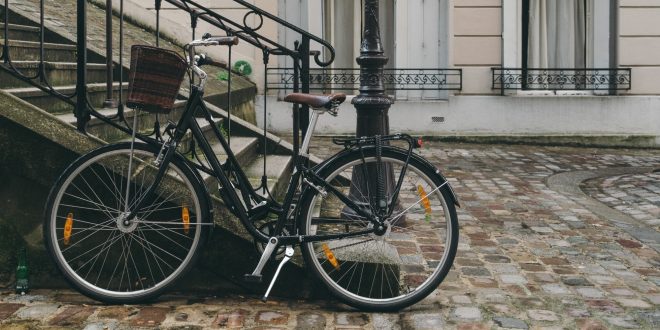 The next year ‘might be difficult for the bicycle industry’ but there is a ‘tremendous interest’ in cycling ‘that will not disappear’, WBIA president Erhard Büchel has said.

Büche said: “We know that the next year might be difficult for the bicycle industry with the energy crisis and a challenging geopolitical situation. However, we see tremendous interest in cycling – and that will not disappear. I am therefore very optimistic about the prospects of the bicycle industry.”

Following up on a record year 2020 fuelled by the Covid lockdowns, the global bicycle industry continued growing in 2021. The supply chain disruptions that dominated the discussion last year remain an issue, however, most manufacturers managed to refill their stocks amid the increased optimism fuelled by the extraordinary consumer demand. At the same time, a degree of market rebalancing can be expected next year, accompanied with a cooling of growth.

Larry Pizzi from the board of directors of the People for Bikes gave a view from the US market: “Even though unit sales have plateaued in the past year, we see the market value being strong. Importantly, cycling participation in the US remains elevated over the pre-pandemic level. Once people discover cycling there is no way back.”

WBIA’s year at the United Nations was ‘as busy as ever’, said the association. Following up on the adoption of the first-ever Pan-European Masterplan for Cycling Promotion, a new Expert Group on Cycling Infrastructure was formed, with the active participation of the WBIA. The United Nations’ expert group is working on harmonisation of signs and signals for cyclists and cycling infrastructure all over the world as well as to improve definitions and standards linked to cycling.

The WBIA has also continued engaging in discussions about new rules and regulatory proposals linked to the automated and connected vehicle communication with special focus on VRU safety. Further development of automatic emergency braking, information awareness and blind spot information systems for cars and trucks have the potential to contribute to the safety of cyclists everywhere and are being constantly improved.

Iliya Semenov from the board of NADBM said: “The bicycle industry is dynamically developing – and it is as important as ever to look for global regulatory solutions. It is great to know that WBIA is at the table at the UN, representing our voice and making sure that the future rules are favourable for further growth of the industry.”

There have been ongoing conversations on how to approach the rise of new personal mobility devices such as e-scooters within the UN regulatory frameworks. WBIA said it will continue working to make sure that bicycles remain clearly distinguished from such devices, while supporting development of future-proof rules that reflect their growing presence in the streets.

There have also been exchanges about the future of mobility, with international experts highlighting the role of cycling in reaching global sustainable development goals.

Besides the UN work, one of the main new additions to the WBIA activities is the first-ever WBIA Global Market Report, collecting market intelligence from the key markets.

Shinji Hara, vice chairman of BAJ, said: “We are happy that WBIA decided to work on such a pioneering study. The bicycle industry professionals everywhere will surely welcome the global market overview.”

The 2022 report with 2021 data is in the final stages of preparation and will be published in the upcoming weeks. The report will be published annually. Finally, the delegates agreed that the next WBIA General Assembly will be held in person in Frankfurt at the Eurobike 2023.

Gina Chang, secretary general of TBA, said: “We are already looking forward to meeting with colleagues from the WBIA in person. In our work as TBA, we know that physical trade show gatherings of industry are still important to experience the vibe within a sector. After the two long years of lockdowns, it’s time for us to exchange and celebrate the work of the association together.”

Previous British performance outdoor and bike brand Alpkit smashes funding target
Next ‘Here at Decathlon, we aim to sustainably make the pleasure and benefits of sport accessible to the many’