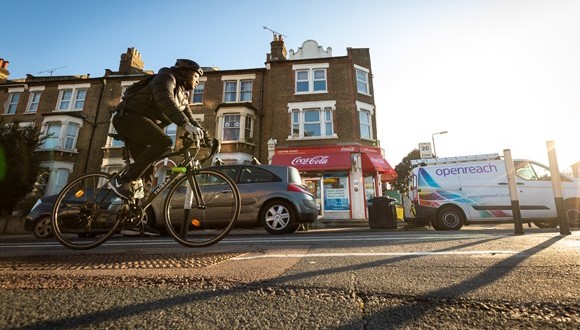 TfL asking for feedback on Lambeth and Southwark cycling improvements

TfL is asking for feedback on a series of improvements made earlier this year to three south London cycle routes in Lambeth and Southwark.

The trial changes along the A23 between Oval and Streatham, Tooley Street and Duke Street Hill in central London and on the CS7 cycle route between Oval and Elephant and Castle are enabling thousands of cycle journeys every week.

Changes to roads to support increased levels of walking and cycling are a part of TfL’s response to the pandemic and have contributed to increases in cycling across London – including a 7% increase in inner London and a 22% increase in outer London in autumn 2020 compared to the previous count in spring 2019. TfL is asking people for their feedback on these improvements ahead of a decision about the future of the three schemes.

The changes have been delivered as 18-month trials and TfL is encouraging people to use its new engagement and consultation website haveyoursay.tfl.gov.uk to comment on how successful they think the trial changes have been. The start of the engagement process coincides with the start of the UN’s Global Road Safety Week, which is promoting the need for streets across the world that are healthy, green and liveable.

On the A23, TfL made changes to bus lanes to make them safer for people cycling. Changes include wider bus lanes and separate traffic signals for cyclists at junctions in Brixton.

TfL is also asking for feedback on its upgrades to the key CS7 cycle route between Oval and Elephant and Castle. CS7 is one of the most used routes in London and has been improved during the last year to support thousands of journeys in southwest London and beyond. The changes include new cycle wands to segregate the existing cycle lanes on the westbound and southbound approaches to the Camberwell New Road/ Kennington Park Road junction and wider bus lanes to make it easier for people to cycle in them.

Londoners are also being asked to feedback on the trial changes at Tooley Street and Duke Street Hill, which include sections of light cycle segregation with wands in both directions and the closure of a slip road near the London Bridge Hospital to create a new pedestrian space.

TfL will use the consultations to help decide whether it is necessary to make any changes to the trial schemes and whether they should stay in place permanently. TfL, working with boroughs across London, said it has learned a ‘huge amount’ through its delivery of temporary walking and cycling schemes as a response to the pandemic. TfL said it will build on these lessons and those learned from its delivery of schemes before the pandemic to continue quickly delivering the schemes that London will need for a green and sustainable recovery while engaging with a diverse range of stakeholders and communities.

London’s walking and cycling commissioner Will Norman said: “The ambition set out in the Mayor’s manifesto on which he was recently re-elected is clear: we must continue to build a comprehensive and safe cycling network, and we must do it fast.

“We know that these three trial schemes have enabled more people living in and around Lambeth and Southwark to cycle in these areas, no matter what their age or ability. I encourage everyone to have their say in the consultation to help us decide on the future of these upgrades.”