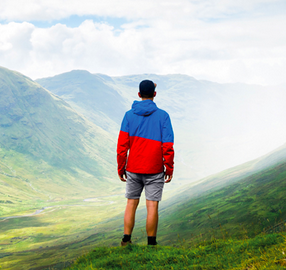 The civil chamber 12 of the Hamburg district court sustained an injunction suit of Sympatex Technologies against W. L. Gore & Associates as from 12 April 2017.

According to the injunctions, Gore can no longer claim that the ecologically disputed PTFE – core of Gore’s basic product – would be environmentally friendly without any PFCs of environmental concern.

“We decided to take this step after several requests to correct this truth-perverting statement fell on deaf ears,” explains CEO of Sympatex Technologies Dr. Rüdiger Fox. “If we as a civil society allowed this, the ecological collateral damage of industrial actions that is already obvious all over the world would be belittled in such a way that we would soon be seen as the generation which has deliberately evaded its responsibility.”

Sympatex’s claims are based on the emission of greenhouse gases for PTFE membrane production, which the brand claims are 50 times higher than Sympatex’ own technology. In addition, the brand claims that there are no established industrial ways of recycling these specific fabrics, making them an eco-risk.

“Even if Gore manages to keep its promise – made at ISPO – to produce its membrane without any PFCs of environmental concern by 2020, a series of highly important ecological questions would still remain unanswered,” continued Fox. “The attempt to mislead the end consumers with alternative facts in order to distract from the issue risks compromising the credibility of the entire sector.”

BikeBiz contacted W. L. Gore & Associates for a statement; if one is received, the article will be updated.