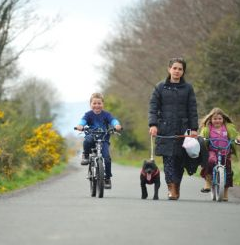 Sustrans sets out priorities for Cambridgeshire and Peterborough mayor

Sustrans has revealed its wish-list for the incoming Cambridgeshire and Peterborough mayor.

The charity has asked each of the current candidates to include these in their manifesto for the election in May.

Sustrans has requested that the new Mayor ensures that the area continues to outperform the nation in cycling levels. To achieve this, it intends to see the Mayor invest £20 per head on cycling infrastructure across the area.

Sustrans also wants the Mayor to create safer spaces for cyclists and pedestrians by reducing the default speed limit across all urban areas to 20 mph.

Safety is the key to changing attitudes to cycling, according to the national charity. In 2012 the charity found that 56 per cent of people felt that cycling on roads in built-up areas was not safe. Furthermore, a survey conducted by Transport for London in 2014 found that safety was the main barrier to cycling for eight out of ten people.

Commenting on the submission, Sustrans head of partnerships Matt Barber said: “When it comes to cycling, we’re streets ahead in Peterborough and Cambridgeshire. However, with an expanding population we need to embrace active travel even more.

“The key to this is to invest more in cycling infrastructure and make cycling safer. This can be done by designing innovative infrastructure and reducing the speed limit in urban areas. Making active travel safer and more accessible must be a priority for the new Mayor so that people can choose healthier, cleaner and cheaper journeys.”