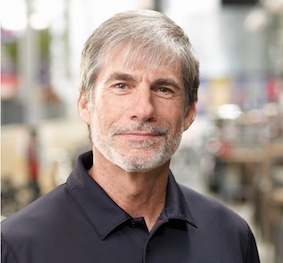 SRAM founders to retire after 30 years

SRAM founders Mike Mercuri and Jeff Shupe will be transitioning into semi-retirement this summer.

The pair were two of the six original founders of the SRAM brand, which unveiled its first products in 1987.

Mike Mercuri will be stepping down from his full time executive vice president role June 1st. Mercuri was elected to SRAM’s board of directors at the January 2017 meeting. In addition to being on the Board, he will serve as an ambassador to the dealer community and develop a better understanding of how SRAM can support its dealer base.

Mercuri served as vice president of product for 15 years before transitioning to EVP last July. He hands off the reigns of product development to Ron Ritzler and Sander Rigney.

Jeff Shupe, SRAM’s COO, will be retiring June 1st. Shupe was instrumental in establishing SRAM’s global manufacturing network. He’ll be taking some time off with to travel with his family before setting his next course.

A new COO will be announced in the coming weeks as the formal search nears conclusion. Both Mercuri and Shupe will celebrate their 30th year with the company this fall.

In addition, SRAM’s general manager for Asia Hank Kao will be transitioning to senior consultant in the region. Kao is celebrating 28 years at SRAM. Bob Chen, who is currently the head of SRAM’s Asia Development Center, will assume Hank Kao’s role of general manager Asia.