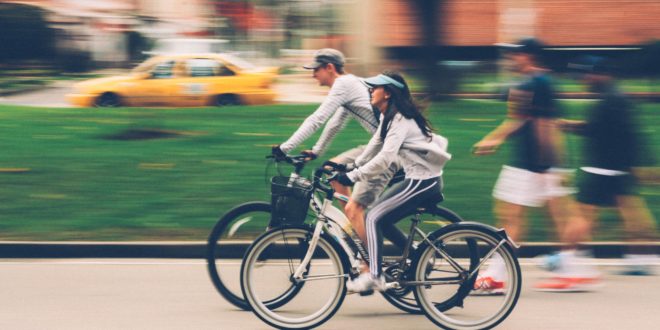 Sport England claims decrease in cycling is “moving with the times”

Sport England has today published the latest data from the Active Lives Survey, in which it claims that a decrease in cycling activity can be attributed to "moving with the times".

The survey, which Sport England calls a “comprehensive snapshot of the nation’s sport and physical activity habits", was based on a sample of almost 200,000 respondents.

27.7 million, or 61.8 per cent, of people over the age of 16 in England are active – meeting the chief medical officer’s guidelines of doing at least 150 minutes of moderate intensity activity each week. At the other end of the scale, 11.5 million people – 25.7 per cent – are inactive, meaning they do less than 30 minutes of physical activity a week.

The data also highlights how people are choosing to be active over the 12-month period covered by the survey from November 2016 to November 2017.

According to the report, cycling has decreased in popularity, with 93,000 fewer people cycling year-on-year.

Despite the supposed decrease in cycling levels, oldr people are getting more active, with an increase in the number of 55-74 year olds meeting the 150-minute threshold up 1.3 per cent to 58.3 per cent.

“While the overall activity levels of the nation are stable, what people are choosing to do is moving with the times,” said Jennie Price, CEO of Sport England.

“Sport England has worked closely with the National Trust, the Forestry Commission and others to support more activity outdoors, and this will remain a significant area of investment for us.The figures also show the huge importance of investing to tackle inactivity and the inequalities between different groups in society, which was highlighted in the Government’s strategy Sporting Future. It’s why Sport England’s 2017-21 strategy has, for the first time, allocated 25 per cent of its investment to tackling inactivity.

“This is a long-term task but it could not be more important.”

The Active Lives survey was launched in 2015 and measures activity in its broadest sense and includes activities such as walking, cycling for travel and dance, rather than just sport alone to reflect the Government’s Strategy Sporting Future: A New Strategy for an Active Nation.