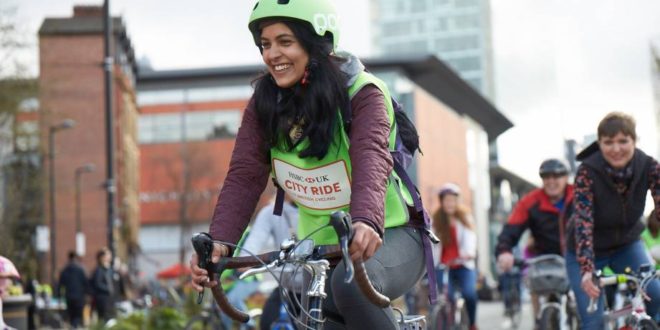 British Cycling has unveiled an expanded series of city centre cycling events for 2018, all of them lead-sponsored by HSBC UK.

The HSBC Let’s Ride events are free, family-friendly cycling festivals and they will be staged in sixteen cities between May and September. There will also be a Let’s Ride event at the L’eroica heritage sportive in the Peak District in June.

The events form part of British Cycling and HSBC UK’s vision to get two million more Brits on bikes by 2020.

“Alongside HSBC UK, we are passionate about bringing about positive change through cycling and transforming Britain into a great cycling nation, bringing us up to speed with many of our European neighbours."

“Our partnership with British Cycling is about getting more people to experience the joys of cycling, whether they are a new or lapsed cyclist. The HSBC UK Let’s Ride series of events is designed with grassroots cycling in mind, giving people the opportunity of seeing some of our finest cities on closed road circuits, with additional events for all the family."

He added: “The effect of more people cycling is not to be sniffed at: it will undoubtedly lead to a cleaner, fitter, healthier Britain.”

During last year’s events roads often clogged with motors belching out poisonous exhaust gases were, instead, quiet, clean and fume-free.

A graph produced by Newcastle University’s Urban Observatory showed a massive drop in noxious air during the staging of the Newcastle ride. Monitoring equipment operated by the Geospatial Engineering Group at the university’s Civil Engineering and Geosciences department plotted the falling away of air pollution as barriers were erected to prevent motorists from entering much of the city centre. (Similar results can be seen from the air-quality monitors in the early hours of the morning – with motorists in bed their only noxious emissions are personal and generally duvet-capped.)

Tom Komar, of Sustrans’ transport modelling team, said the graph showed how "a cycling event temporarily improved air quality" and that this "proves the benefits of active travel" for the health of cities and the individuals who inhabit them.