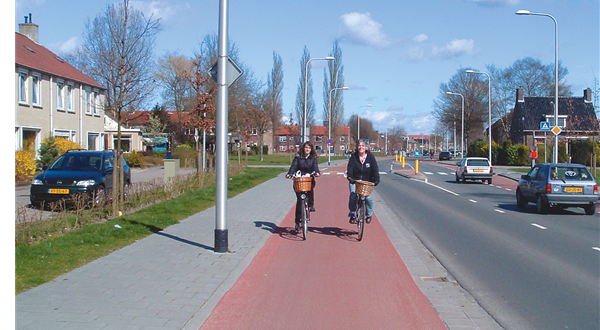 In February, the Department for Transport gave Cycle Ambition Cities the chance to bid for a share of £6.5 million of Government funding to trial new schemes aimed at improving road safety and creating more bike-friendly areas.

Since February’s announcement, the Government has identified seven winning Cycle Ambition City bids and is contributing over £7 million to these cities this year as part of the Department for Transport’s Cycle Safety Review.

Successful bids will be spent on a range of improvements to encourage more people to cycle as part of their everyday journeys – from a new 6km cycle route in West Yorkshire to improving crossings for cyclists and pedestrians in Bristol and Cambridge.

“I want us to become a nation of cyclists, and to make cycling a natural choice for people of all ages and backgrounds,” commented cycling minister Jesse Norman.“While Britain has some of the safest roads in the world, we want to encourage still more people to take up cycling.

“We are determined to make cycling safer and easier across the country. This funding, as part of our overall cycling and walking strategy, will help local councils to make their roads safer for everyone.”

The Department for Transport launched the first ever statutory Cycling and Walking Investment Strategy in April 2017, to encourage more people to cycle and walk. This sets out how the Government will deliver its ambition for cycling, and outlines how the £1.2 billion of funding available over the period to 2021 will be spent.

On the 1of June, the Department’s call for evidence on cycling and walking in this country closed, providing an opportunity for people to share their views and opinions on everything from improved infrastructure to education for all road users.