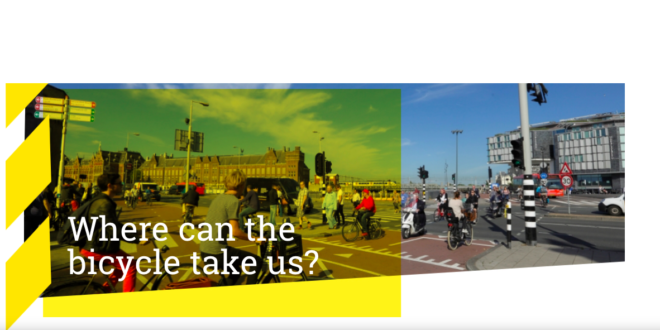 BYCS has announced the expansion of its programmes worldwide, ahead of the start of Velo-city, the annual international cycling conference.

The plans from the Amsterdam-based social enterprise include a cycling Impact Index for cities worldwide, a Global Bike Path, and a network of city Cyclelabs to foster new forms of innovation and collaboration. The programs have been developed to help BYCS work towards its bold ‘50by30’ mission: 50 per cent of all trips by bike by 2030.

The new plans follow the success of BYCS’ Bicycle Mayor program, which started with one Mayor in Amsterdam in 2016 and is now a network, active on every continent. Bicycle Mayors act as catalysts: they identify solutions to local cycling needs and bring together cycling organizations, residents, businesses and governments to make change happen.

Initiatives launched in the past year include empowering women in Cape Town townships, helping commuters in Beirut to switch to the bicycle and getting all classes to come together through cycling in Baroda, India. In Amsterdam, ‘Bicycle Heroes’ have been found across the city’s junior schools and it will soon announce the world’s first ‘Junior Bicycle Mayor’.

The Bicycle Mayors of Baroda, Sao Paulo and Rio are joining BYCS at Velo-city to inform people of the work of the network and help people find a Mayor for their city.

For the past two years, BYCS has been running a Cyclelab in Amsterdam to deliver programing around cycling, to foster innovation, and to help communicate the impact of the bicycle on the future. The Bicycle Mayor programme was one of the ideas sparked there. This month, BYCS also opened up a lab in the Dutch province of Gelderland, which has ambitions to be the leading centre of cycling innovation worldwide. As part of its plans, BYCS will be setting up labs in a range of new cities, believing that “every city can benefit from the model.”

BYCS has a vision to connect local, regional, national and transnational bike paths to create a global bike path network. To bridge the gaps and connect existing infrastructure, it will use open mapping data and wayfinding, combined with crowdfunding and activation campaigns. Developing this will also involve expanding BYCS’ ‘Bike Stop’ concept, which has been piloted in the Netherlands. It provides service stations for cyclists along bike paths, helping to encourage greater inter-city travel.

In the coming months, BYCS will be sharing more details on its plans for a new form of city cycling index. The new index will help to measure and champion the innovations happening in cities at all levels of cycling maturity. By shining a light on these, they will be able to inspire continued and accelerated city cycling transformation worldwide.

Lee Feldman, co-founder of BYCS, said: “We believe that cycling is not just transportation, it is transformation. When cities commit to prioritising the bicycle incredible things happen – we build more resilient communities, trigger massive environmental benefits and unlock economic opportunities for businesses and governments calculated in the trillions. But, despite this, the adoption of cycling worldwide is still not happening fast enough. BYCS was formed to accelerate change.

“We need to move beyond incremental success and create a system shift. Our new plans will help further accelerate the ways cities think and act on the opportunity that the bicycle brings. To build them we will collaborate with others who share our vision. We are looking for organizations and individuals that want to be part of an explosive acceleration in how we transform cycling worldwide. Join us in helping to create a better future for all of us.” 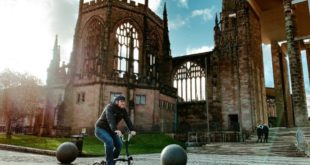 First Bicycle Mayor in a UK city appointed in Coventry