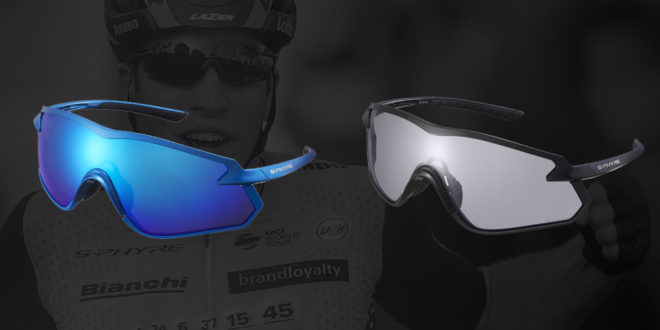 Shimano’s premium S-Phyre apparel range has been bolstered with eyewear. The S-Phyre glasses have been trialled by LottoNL-Jumbo riders, and will be available to consumers in April.

“The S-Phyre concept is based around maximising power transmission through the combination of fit, weight and aerodynamics,” says a Shimano press statement.

“The S-Phyre R and S-Phyre X glasses embrace this concept with a form-fitting design to reduce airflow turbulence and fit snugly around the temples. And whilst eyewear weight is often negligible, these new models still barely trouble the scales at 25.6g and 28.6g respectively.”

The glasses come with anti-scratch coatings.

“The S-Phyre R offers a wide one-piece lens for better visibility and wind protection with a lightweight black rimless frame to put less stress on the cheek bone,” adds Shimano.

The glasses also have interchangeable nose pads and multiple racing lenses for all weather conditions.

The S-Phyre X features the same lens design and technology but with a top half-frame to hold the lens in place – the lower frame is detachable.

No pricing has been revealed but as the sunglasses "position Shimano at the top-end of the cycling eyewear market," says the company statement, they will be reassuringly expensive.

S-Phyre was launched by Shimano in 2016.