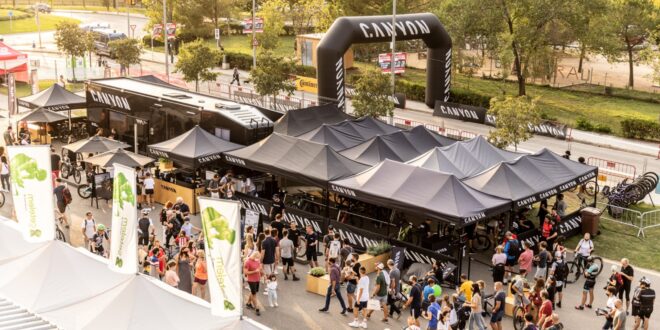 Held in the city of Girona in northern Catalonia, Spain, this year’s edition took place from 23rd-25th September, and featured an expanded exhibition area for brands.

Following the 30% increase in size for the expo area, a total of 350 international companies displayed products, with more than 220 stands of bikes, e-bikes, accessories and technology.

The demo area, Demobike, was also another popular feature, with 30 brands offering up bikes for testing.

A statement from the organisers said: “The sixth edition of the Sea Otter Europe Costa Brava-Girona Bike Show closed its doors today, far exceeding the organisers’ forecasts, with more than 57,000 visitors visiting the festival over the three days. An event that all its protagonists (exhibitors, cyclists, visitors, sponsors) agree in describing as the great European meeting point between the cycling industry with its end users and all the fans of this sport. The city, the Girona area and the Costa Brava also greatly value the economic impact of Sea Otter Europe, which has boosted accommodation bookings and filled the streets, shops and restaurants of the area with people.

“It has been an exceptional weekend for the region, which has been saturated with cycling thanks to the large number of visitors, exhibitors from all over the world and a full calendar of events of all types, in an edition of Sea Otter Europe that has put the focus on urban mobility.”

Read more: Half of Brits believe e-bikes are natural car replacement, according to national study

Sea Otter Europe, a spin-off of the Sea Otter Classic in the US, will return to Girona next year from 22nd-24th September.