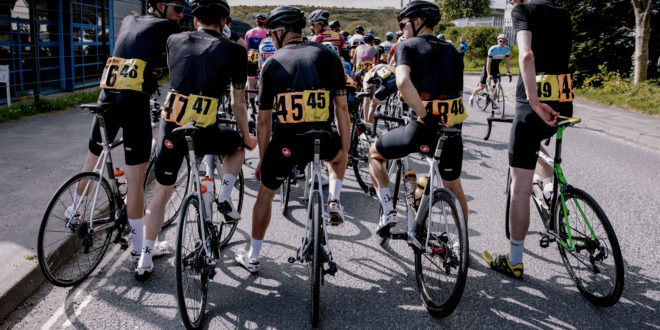 The team joined forces with its local tourist board Visit Cornwall, which will act as its principal partner. In recent months, the team has secured a number of local businesses and organisations to become ambassadors, including the likes of Healey’s Cyder Farm and the Tregothnan Estate. It is now looking for backing from cycling fans and organisations across the UK to be a part of the team’s future.

In December, Saint Piran announced national rider and Cornish born Steve Lampier as the team’s rider/manager, and has since added a number of Cornish born riders to its roster, with the ambition to support the region’s talent in cycling.

Speaking about the new initiative, Lampier said: “Saint Piran is a totally new outfit from its previous incarnation, with our team being under new ownership and management. Not only have we signed Cornwall’s most outstanding young riders, but also experienced professionals from across the UK. The fundamental aim of what we are trying to do is to develop Cornish talent and within five years, I want this team to be competing at the highest level of the sport, with its crop of young riders from the county.

“This year we will focus on the Elite National Road Series, the UK UCI races, and a number of races in Europe. I’m a proud Cornishman and I’ve been waiting for the right time in my career to come home. The prospect of developing Cornwall’s first pro cycling team certainly signalled that time. We have a wealth of outstanding potential on this team and my job is to develop that potential into excellence. Saint Piran is the perfect platform for me to achieve that.”

In order to create a financially sustainable revenue stream for Saint Piran’s future, the team is calling on the public to back the initiative. Its funding structure includes commercial entities, personal benefactors and members of the public.

More information on the team can be found at saintpiranprocycling.com.