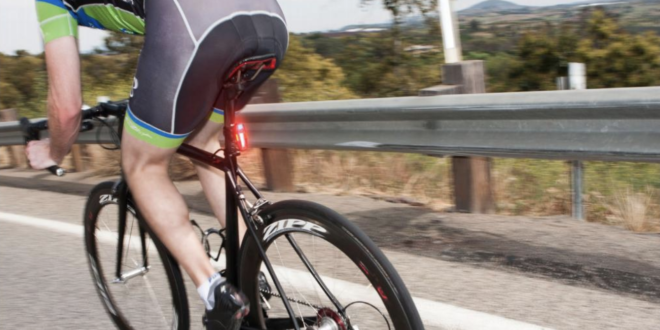 I remember an early debate in my bike shop life. It was after my first fairly significant crash, which happened on the track at the line when somebody went down in front of me and I ran smack into his fallen bike. The arty mechanic at the shop took some yellow paint and added ‘stitches’ on the helmet that would have presumably been on my scalp had I been bare-headed.

This would have been right around 1990. I had already seen impressive leaps in helmet tech since I had started racing as a junior just a few years before, during the last year ‘hairnet’ style helmets made of padded leather straps were still legal in US licensed racing. They were called hairnets because they kept your hair in place during a crash, or so we tough talking 15-year-olds joked.

Back then, the truly protective helmets generally used a fairly thick plastic shell covering a variant of the ‘styrofoam’ we still see today. (Yes, I know it’s not beverage cooler styrofoam). They were heavy but getting lighter. Bell came out with its V1 Pro, which may have been the first truly protective helmet under one pound (weight not price!) and Giro was all the rage when they introduced a truly light helmet cloaked in a lycra cover.

Accentuate the positive
But back to my crashed helmet. Once the paint had dried on the faux ‘stitches’, what should be done with it? There was a contingent of bike shop hangers on and employees that said: ‘Put it on display, and show people what a helmet can do!’

The shop owner – wisely I think – said no. Showing off a crushed or heavily scraped helmet was a step too far for that small town LBS owner. Don’t accentuate how scary riding a bike can be.

We sold helmets aggressively of course, because it was a good thing to do for humanity. And it made us some money, so it was a win-win. But we didn’t need to remind people of what was obvious: Bicycle riding is an inherently dangerous activity.

So my helmet never made it to the wall of the shop next to the shiny new boxed helmets we sold. Instead, it’s hung from the rafters of various bike sheds and basements with my other crashed and old helmets, for decades. (Between that helmet display and somehow acquiring five old French tandems, I belong on an episode of Hoarders).

As somebody who cut his teeth selling helmets to the bike boomlet road, mountain and hybrid riders of the mid to late 1980s, I have to say I was pleasantly surprised when I re-entered bicycle retail in 2009 and got very little pushback on helmets. Given the basic quality of modern lightweight helmets, perhaps this shouldn’t come as a surprise.

Selling a helmet is easy, and it’s the first thing to ask a new bike customer as an important add-on sale that potentially does a lot of good. But what else might be considered in today’s cycling world when selling safety? How about an ounce of prevention.

The silly phone…
Over the last year I have had more than a few direct instances of people in the industry sounding an alarm about cell phones and distracted driving, and how it affects our sport. The first occurred when I was writing a profile of American frame builder and decades long bike shop owner Harry Havnoonian.

An inevitable question was asked: “Where does cycling stand today?”

His answer was that road riding was in an odd place. He mentioned that he had recently been told by a rep from a big clothing company that black shorts were the only bright spot in terms of sales. Jersey sales were down. Harry’s thought was that this might reflect people riding shorter distances on bike paths, or even riding more at home on the trainer.

He thought people were a bit scared to ride on the road, knowing that distracted driving – largely related to mobile phone use – seemed to be on the upswing. He mentioned the sad case of Olympian and great pro rider Dale Stetina, who is still recovering from a traumatic brain injury suffered in a 2013 incident involving a distracted driver. Imagine how newbies feel if they read about riders with decades of experience unable to ride safely.

Then, almost on cue, I was attending a talk given by former pro rider Floyd Landis before the Hell of Hunterdon (New Jersey) spring classic ride he was doing with about 700 of us. Much of his talk was about the pro racing life, his situation vis-à-vis his DQ from the 2006 Tour de France and subsequent ban from professional cycling, his own personal struggle with managing pain after a hip replacement, and the CBD oil products he has successfully used to replace the opioids his doctors had prescribed.

But then Floyd mentioned his trepidation about road riding in an era where cell phones were increasingly cited in all variety of car accidents. He talked about road riding versus gravel and other ‘safer’ off – or semi-off road options.

Indeed, some speculate that the ‘gravel’ segment of the industry has been buoyed by riders who want to go a little farther afield than traditional roadies. The theory is that fewer cars venture out on to dirt roads in the deeper country, and vehicle speeds will surely be lower here as well. Maybe.

Daytime running lights
Lights are an obvious safety item for those riding in the dark, as are reflective vests and such. But you owe it to your customers to teach them that in 2018, safe cycling kit means more than just helmets and night riding paraphernalia. One trend that we’ve only recently started borrowing from the world of automobiles is daytime running lights. While cynics may argue that this is just an attempt to sell more or pricier lights, I have to say that as adriver and cyclist I see bright lights during the day. I also see neon yellow and green jerseys. I believe my eyes.

These lights are not just the basic £10 LED steady flash blinky lights that let drivers see a rider in darker conditions. True daylight visible lights are bright enough to be seen in bright sun at a good distance. Various vendors claim daylight visible distances from about roughly half a kilometre up to two kilometres. When a car is approaching a cyclist on a narrow road where speed limits are high, that extra few seconds of visibility can make all the difference.

Several years ago NiteRider was an early proponent of the need to use bike lights for all riding, with its “Lights 4 Lives” campaign. Today, a look at the NiteRider website sees the acronym DVF for daylight visible flash noted on many products.

The company says that just as most automobiles and motorcycles are incorporating daytime running lights for increased daylight visibility, so should bikes. And they make a lot of lights that are bright enough to get the daylight job done.

While the whole concept of daytime lights had been gaining traction over several years, I have to say that the impetus for my personal use was quite sad. A local rider was killed when a truck whose driver did not see him turned in front of him. It was on a busy commercial road I frequented, in broad daylight.

I started using my helmet-mounted NiteRider Sabre and a NiteRider Solas 100 on all rides, immediately, in daylight flash mode. I added a 600 lumens front light as well. The strange thing was that the safety message did not really trickle down to the sales floor at the large chain shop where I worked then, perhaps because few if any of the sales people or managers there actually rode seriously.

On its website, Trek’s Bontrager brand goes in to a lot of detail on what it says makes a true daytime light. The website talks about the importance of beam focus to make a light truly visible at distance, a flash pattern that goes beyond a steady blink to a pattern more likely to be noticed, and of course simple brightness as a range extender.

Bontrager has done a lot of research and created lights that are part of a prominent safety campaign that also brings in high visibility jerseys and helmets, along with concepts such as ‘BioMotion,’ the idea that drivers eyes are attracted to fluorescent neon colours and reflective material associated with a rider’s moving feet or knees. We all know moving pedal reflectors are an attention grabber – the concept is not new.

Many manufacturers make front and rear lights that clearly state their daylight bona fides. Check with whatever brands your shop carries and have the sales force become conversant in the concept and what you offer. I’ve had a great Planet Bike rear light that seems to get the daylight job done well, based on seeing it in use on a friend’s bike, as I chased him down after pausing briefly on a long ride.

The UK’s Exposure Lights has been beating the daylight drum for quite a while too. A few years before I had even heard of the concept of using lights during the day, myself and a dozen or so compatriots used some of these powerful lights in an attempt to ride from London to Amsterdam in 24 hours. To our eternal shame and due to some logistical issues, it took us 27 hours. But the lights lit up the empty, wet roads as we rushed away from Calais at midnight. They would be great as daytime units I’m sure, and they held up well in a steady drizzle.

Using the Varia radar and a handlebar display, the rider receives both visible and audible alerts warning of cars approaching from about 150 metres or more away. I occasionally do an early morning group ride where one rider has the original Varia. On one long, narrow and dark winding road we ride for a good 10k, he stays at the back and lets us know when a car is approaching.

As someone who completely lost all hearing in my left ear a decade ago, I have to say I have been thinking about trying a Varia. Or I could move full time to the UK, and the cars would pass on my good ear side. Again, cynics will say: Get a mirror! But many users seem to love the units, and if I was fully deaf in both ears I would never ride without it.

Doing some good
When I think about making a living doing something good, I think about helping people get from cycling a bit of what I got from it. When I think about specific things I can do, part of that is making new riders safer. Some want data on this, but I don’t need that – I drive country roads all the time and I notice good daytime lights and neon jerseys before a rider wearing traditional colours with no lights. That’s all I need to be a proponent. You can’t hang it on the wall like a cracked helmet, but bring it up. 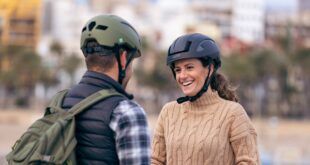 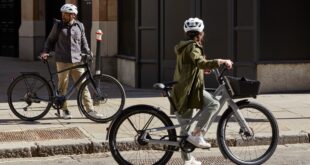