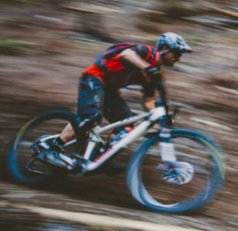 The new coil has received a complete design overhaul, which includes sag gradients printed on the shaft to facilitate correct set-up and steel springs which are available in 50 lbs increments from 250 to 650, depending on length. The RCT model features a native metric

A representative of the brand said: “Super Deluxe allowed us to ditch old design constraints, and simply focus on building the best possible rear shock. And with that old thinking no longer holding us back, we began to wonder why coil- shock performance had to be limited to purely downhill and enduro applications and why there should be any pedalling compromise associated with a coil shock.”

An RT Remote version of the Super Deluxe is also available, which is available in OEM only with selected AM options to be announced by RockShox in the near future.