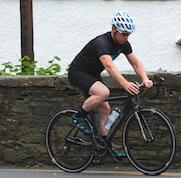 RoadCyclingUK partners with Ribble Cycles for Best of British

RoadCyclingUK has unveiled a new partnership with bicycle manufacturer Ribble Cycles, to launch the first instalment of the Best of British.

The Best of British collection will combine long-form written content with photography and video, produced in-house by Factory Media, and will appear as a series of four features available to view on RoadCyclingUK’s microsite.

The first instalment will focus on North-West England, covering iconic routes in the Lake District, Yorkshire Dales, Trough of Bowland and the North Pennines.

"We’re lucky to have some of the most beautiful and demanding riding in the world, right here on our doorstep," said RoadCyclingUK editor George Scott. "The Best of British is a celebration of the very best riding Britain has to offer."

"We’ve started our tour of the country in a region which includes everything from the towering peaks of the Lake District to the Tour de France climbs of the Yorkshire Dales, the wild moors of the Pennines to the lush valleys of the Trough of Bowland.

"The Best of British epitomises the spirit of RoadCyclingUK and combines everything we enjoy about life on two wheels: adventure and exploration, beauty and inspiration. We loved riding these routes and we want our readers to do the same."

RoadCyclingUK plans to expand the series with future partners to provide a comprehensive and interactive guide to the country’s road cycling routes.