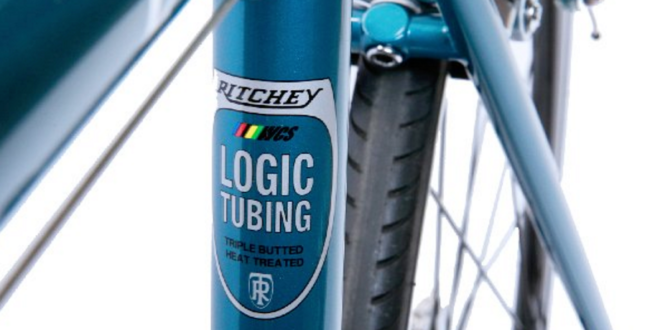 Ritchey have unveiled their 2018 version of their Comp Road Logic Frameset, offering their classic steel road bike with wider tyre clearances and a carbon fork. They expect the frameset to retail at £1,120 but are also pitching a 105 equipped complete bike at £2,099.

Made from Ritchey’s Logic steel tubing with TIG welding, the bike been receiving positive reviews for its traditional design and geometry. In particular, it is winning fans among riders who want comfort during a long day in the saddle or who want to cope with varying surfaces. The frame comes in a single colour – Skyline Blue.

Significantly the frame allows tyre clearances of up to 30m in response to growing interest in wider gauge tyres. The addition of the Ritchey carbon fork is intended to increase the comfort of the ride.