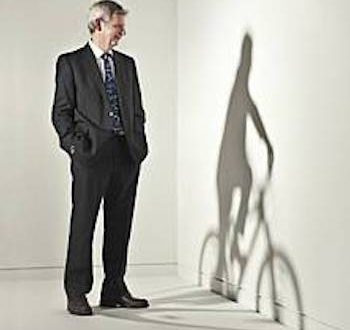 Husband and wife Edmund and Deirdre King have submitted a plan to create a £4.9bn Cycling Infrastructure Fund. The fund would be paid for by motorists via "Road Miles", a new form of currency that would also pay for road upgrades and road maintenance. Edmund King is the president of the AA; Deidre King was formerly the economist at the British Road Federation for which she devised the Cost of Congestion report.

The plan is one of the five shortlisted submissions to the 2017 Wolfson Economics Prize which is seeking to popularise the concept of "road pricing". Each of the plans mentions cycling, but it’s the one from Mr and Mrs King which devotes significant space to cycling. The prize will be awarded on Thursday, with the winner walking away with £250,000.

The Wolfson Economics Prize is the second largest economics prize in the world after Nobel, and is sponsored by Tory life peer Simon Wolfson, CEO of retailer Next. It is run in partnership with the right-wing think-tank Policy Exchange.

The prize has a different theme each time – the first, in 2012, was how to take down the Eurozone, the second was how to create a new Garden City.

The Ministry of Transport’s Smeed Report of 1962–4 called for some form of road pricing, but the commissioning government – and all subsequent others – steered well clear for fear of alienating the "great British motorist." Nevertheless, motoring organisations – such as the RAC and the AA – think more kindly of road pricing because they assume that it would improve Britain’s crumbling road network.

Two of the submissions to this year’s prize are from, or least supported by, the AA and the RAC Foundation.

The one by the AA president and his wife – which advocates for "Road Miles", an annual budget of allowed motor vehicle mileage – said it supported the aims of the parliamentary Get Britain Cycling report which, alongside British Cycling and Cycling UK, called for investment in cycling of at least £10 per person annually, eventually rising to £20, in order to boost cycle use to 10 percent of trips by 2025, and to 25 percent by 2050.

"Road Miles will provide £4.9 billion over ten years to match this proposal, increasing the amount to £20 after Year 5," said the King’s submission to the economics prize, of which is it one of five shortlisted projects.

"Having sat on the Government’s high-level cycling group and after consultation with Chris Boardman and Martin Key from British Cycling we feel the best way to really kick-start cycling is a ‘contribution fund’," said the AA president.

He added: "The fund is required to enable local government to kick-start the development of cycling infrastructure and cycling networks that give people a real choice of travelling by bicycle."

The Kings also highlighted another cycling infrastructure project they planned to support:

"We have spoken to Carlton Reid, an author and campaigner and editor of BikeBiz. He has identified at least 280 miles of 1930s Dutch-style cycle track in the UK that are potentially available to be brought back into use as official intercity cycle lanes."

This project raised nearly £25,000 in May from almost 1,000 Kickstarter backers, and by popular demand, is still raising funds.

"This is a [project] that Road Miles would support," said the Kings.

The award judges for the Wolfson Prize include the former Chancellor Alistair Darling and former London Deputy Mayor for Transport Isabel Dedring (she was a key player in making Transport for London more cycling-friendly). The award winner will be announced at an event in London on Thursday evening.