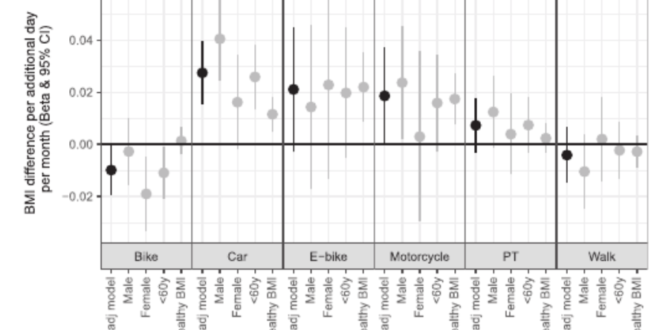 Netherlands-based bike blogger David Hembrow has caused a storm on social media by claiming that "e-bikes are bad for the health of fit and able people."

Hembrow, a former British citizen, made his claims in a blog that featured a study measuring the BMI’s of thousands of European commuters over time. This study concluded that "people lower their BMI when starting or increasing cycling, demonstrating the health benefits of active mobility." However, riders of e-bikes came in second to last in the study, Hembrow highlighted, adding that motorists "took the last place, with the highest BMI."

The influential blogger said: "It shouldn’t be surprising that bikes on which you don’t have to pedal hard don’t bring the same health benefits as those where you do."

He was roundly criticised on Twitter by fellow bike advocates, academics and e-bike owners, many of whom answered with Fitbit and Apple Watch stats that showed elevated exertion levels while riding their e-bikes. Hembrow replied to one of those claims with the comment: "Good for you. But I didn’t write the blog post about you & the study that it refers to is also not about you. They’re reporting actual behaviour of thousands of people who took part over 18 months. The average effect is shown in their results, which I reported."

The study in question is Transport mode choice and body mass index: Cross-sectional and longitudinal evidence from a European-wide study, by Hasselt University’s Evi Dons, Imperial College London’s Esther Anaya Boig and other academics across Europe.

Citing the study, Hembrow noted that the "exercise benefits of pedalling are lost when you’re no longer pushing the pedals hard. If you’re a healthy and able human then an e-bike is as bad for your health as any other motorized vehicle such as a motorbike or a car."

Hembrow’s conclusions met with kickback from bike advocates from around the world.

"E-bikes aren’t ‘bad for the health of fit and able people’ unless they give up all other physical activity except e-biking."

Many other bike advocates pointed out that measuring BMI – a quantification of an individual’s muscle, fat, and bone – was an imperfect simulacrum for overall health and fitness.

Hembrow stated that "e-bikes can genuinely be of assistance for people who are less active due to age or health problems as they allow those people to remain more mobile than might be the case without a motor, but it shouldn’t be a surprise that the health benefits of cycling disappear if you fit a motor to a bicycle."

One cycle advocate said that Hembrow’s blog posting failed to "see the benefits to society of having more people on bikes, rather than driving cars. E-bikes enable people to cycle when and where they can’t cycle now. Reducing the number of cars has very big health benefits for society."