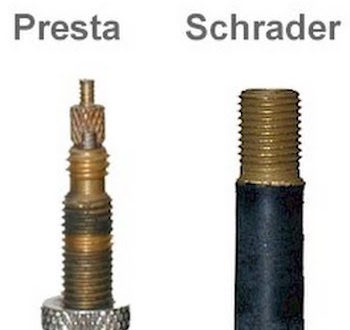 It looks like Ricky Gervais has acquired a bike this Christmas, but he has been having a few problems inflating the bike’s tyres.

We’re not familiar with that brand of bike. Perhaps it’s German?

Anyway, he was schooled in the intricacies of Presta/Schrader/Woods valves, and later said: "Thanks to Twitter I am now an expert in bicycle maintenance. Any questions? Just use the hashtag #**ntBike & someone will assist you."

Another tweet suggested why Gervais is getting into cycling: "Gonna get fit for January."