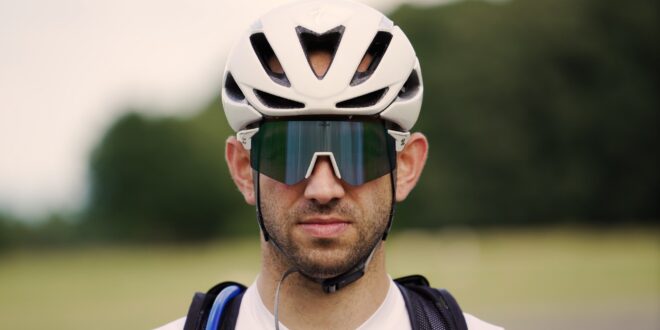 Ultracyclist, brand ambassador, and content creator Ricardo Torrao talks to Alex Ballinger about how online personalities can support your business

Are you making the most of your brand’s social media presence? While just about everyone is aware of the importance of social media for brands, getting the best out of your following can be harder than it sounds.

From algorithms, to live broadcasts, and going viral, the online world can feel like an ever-shifting labyrinth. Amidst all the confusion, we have seen the emergence of social media personalities who appear to have mastered the dark art of “influence” – but can bike retailers join forces with so-called content creators to boost their brand?

Ricardo Torrao is a former professional footballer player turned ultracyclist, who has established himself in the social media world as a brand ambassador and social media personality, documenting his often unfathomable endurance rides for the benefit of his followers.

So how does Torrao see his role? “I think there are two types of people,” he said. “You have athletes that are sponsored by a brand. Then you have ambassadors that are supported by a brand in some way, and they work as ‘micro-influencers’, so within the communities they are involved with they show off the product. I kind of fit in between.”

Torrao has dubbed his exploits ‘the Ultracyclist Project,’ which sees him participate in epic long-distance adventures around the world, documenting his experiences on YouTube with the help of a videographer. While the project aims to take his followers behind the scenes at some of the toughest cycling events around the world, from the Badlands ultradistance event in Spain, to The Rift gravel race in Iceland, Torrao also works closely with brands to support his own riding, and help promote their products.

Currently Torrao is working with bike and component brand 3T, where he also works as area manager for the UK and Ireland, cycling tech company Hammerhead, and Restrap bikepacking gear, amongst others.

“Whatever product I’m using, I need to believe in it,” said Torrao. “I need to like it, it needs to be good. I
don’t just take a product because it’s free. The main role is to represent the brand as an outsider, and create content the community can relate to.”

He added: “When I’m creating content, it’s also about my personality, I don’t change because of a product. I’m not going to change my content because of a specific product. Each one of us has a personal brand, whether we’re making money out of it or not. You still have your personal brand. It’s who you are, what you stand for and your ideals.

“It’s really important when you deal with brands for them to like your personal brand, they like how you are, and your values, what you love about cycling, and how you put a product into your lifestyle.”

Torrao sees his role as both athlete and ambassador, as he acts as a promoter for the products, but often also needs financial support from brands to fund his video projects, as ultradistance cycling is not a cheap discipline to compete in.

While some of the biggest brands in cycling are well-versed in working with ambassadors and influencers – like Specialized or Rapha, who routinely create striking video and social media content with their pools of social media personalities – can retailers also break into the world of social media influence?

Torrao believes they can: “Local bike shops can make the local riders the ambassadors. The sport of cycling in the UK, has grown and we have great talent, but do we have enough support for that talent? Local bike shops could have five or six junior riders as brand ambassadors that are racing who they can support, engaging more with the local community rather than just thinking about sales.

“If those guys are creating content, riding in races, this will help with the business, help with the marketing – it’s a no-brainer.” The support a bike shop can offer can range from discounts for ambassadors, to free mechanic work, all the way up to bikes and financial support for racing. 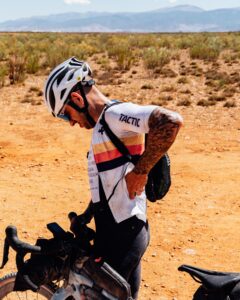 But what would stores get in return? “So first of all they get reach, they get visibility,” Torrao told BikeBiz. “If the ambassador is tech savvy and is good with social media they can showcase products, help the bike shop expose a new product, show that they have availability of the product and so on.

“Ambassadors should be someone that plays a role in the community, or in a specific segment of the sport.”

Torrao also believes there is space to broaden the scope of ambassadors in cycling, beyond just competitive cycling and instead promoting cycling as a sustainable lifestyle choice.

He said: “We can’t just be cycling and inspiring people, that’s old news. I need to be doing more than inspiring people. I think we need to be talking about a cause.” Torrao said he hopes to start raising climate change and sustainability as a topic through his content, travelling to races in a sustainable way, using electric vehicles, and get more people cycling.

While the ambassador-brand relationship can be mutually beneficial, there has understandably been some backlash against ‘influencers’ seen to be asking for freebies without offering anything substantial in return.

In other industries, we have recently seen some restaurant owners voice their frustrations as social media influencers have asked for free meals in exchange for social media posts. “I think what some of these influencers have done is made it bad for people who want to do it the right way.

“There should be a plan or a strategy in place – these are the costs, this is what I’ll deliver for you. I have a whole marketing campaign running, I get into workshops with my videographer, and I know the biggest players in the game do this as well.”

The approach appears to be working, both for brands and for Torrao’s viewers, as he hit 1.2 million impressions (the number of times a piece of content was seen, regardless of whether or not it was consumed) last year, jumping from 200,000 the year before.

He added: “Viewers want to see the unexpected. Social media has become so powerful because there are so many creative people out there. I think it adds so much value to brands to have people that are super creative, creating cool stuff that generates interest and generates views, and eventually, of course, everyone wants to generate sales at the end of the day, right?” 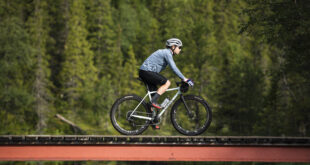 Ambassadors and endorsements – is it a load of rubbish? 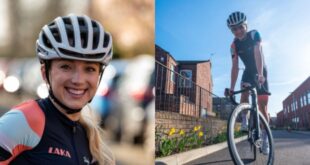