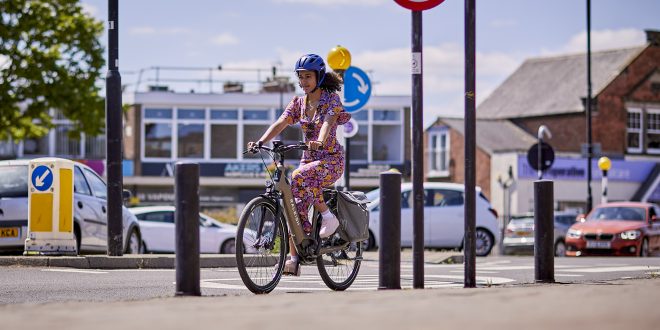 Raleigh and Women in Sport have teamed up to improve the understanding of how cycling might be made more accessible and fun for women.

They surveyed British women who don’t cycle regularly, meaning those that cycle only once every three months or less often, highlighting the barriers to more women cycling as well as the reasons why women in the UK might have stopped cycling previously.

Only 20% of respondents said that they ride a bike for either pleasure, exercise or as means of transportation (excluding static/exercise bikes).

The data also revealed that one in five UK women who used to cycle but no longer do said they stopped between the age of 19-25, but only 7% of those that answered said they gave up before they were 11.

UK women who don’t frequently cycle cite that feeling unsafe on the roads due to other road users was the biggest factor in not riding. 46% of respondents listed this as a factor, indicating that safety is still a concern.

Aside from road safety, 24% said that not having confidence in their own ability to ride a bike was a factor.

The partnership between Raleigh and Women in Sport aims to inspire women of all ages to pick up cycling again and live an active lifestyle.

Wendy Hawk, head of communication and engagement at Women in Sport, said: “We are proud to be working with Raleigh to challenge the barriers that prevent women and girls from cycling. Cycling can bring joy, adventure, physical and mental health benefits, but lack of confidence, fear of failure or injury as well as safety and time pressures prevent many from getting in the saddle.

“Together we must inspire all women and girls to have the opportunity to discover cycling, and experience the exhilaration it offers as well as its lifelong benefits.”

This study also revealed that over half of the women in the UK who don’t cycle regularly do not have access to a bicycle. Of those surveyed, Scotland, Wales and the South East of England had the highest proportion of women without a bike, each with 59% of respondents not having access.

While some data showed there is work to do, 58% of UK women who don’t cycle regularly said they would be interested in cycling more in the future. This was highest amongst women living in urban areas and those aged between 18 to 24, with 67% and 76% respectively.