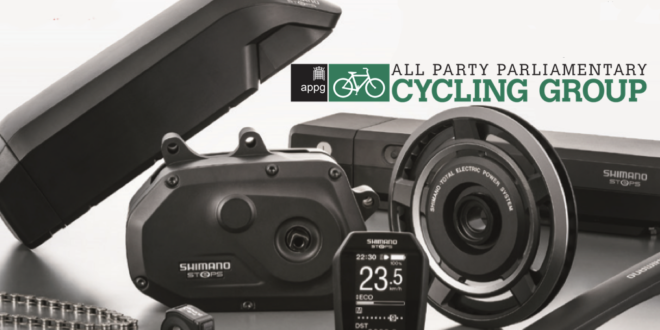 MPs and peers are today attending an e-bike event in Westminster where the Cycle to Work Alliance will call on the government to increase the ceiling for the Cycle to Work scheme to open up access to electric bikes. The current limit is £1,000 and the Alliance – formed of the four main providers of the government-created salary sacrificing scheme – is calling for the limit for bikes and safety equipment to be raised to £2,500 for electric bikes.

The parliamentary event is being hosted by the All-Party Parliamentary Cycling Group. APPCG co-chair Ruth Cadbury, the Labour MP for Brentford and Isleworth, said: “Electric bikes are a great opportunity to get more people cycling, and particularly those who wouldn’t otherwise cycle. The government needs to consider ways it can help people access electric bikes, and the Cycle to Work Scheme could be one method of achieving this.”

Her co-chair Andrew Selous, the Tory MP for South West Bedfordshire, agreed: “There is a clear opportunity for electric bikes to increase participation in cycling, and it is important that government and industry work together to ensure people can access good quality electric bikes.

“There are a number of ways this can be achieved, either through community loan schemes or through the Cycle to Work Scheme, that should be given further thought."

The event will be chaired by Cadbury – she will introduce talks from Brompton CEO Will Butler-Adams (the company has a new e-bike version of its iconic folding bike); Cycle Solutions director Steve Edgell, chair of the Cycle to Work Alliance; and Laura Dyett, senior project manager for behavioural change at Transport for London.

The experts will also be discussing the policy actions necessary to stimulate the electric bike market, including raised the Cycle to Work scheme limit.

Expanding the Cycle to Work scheme to make it easier to access electric bikes would make commuting over longer distances easier, spread the cost of the bike across a twelve-month period, and maximise the health and wellbeing benefits of commuting by bike, MPs and peers will hear at the meeting.

The current cost of a good quality electric bike is often beyond the reach of those who would benefit the most, including those with disabilities, older workers, and those with lower incomes, claimed a pre-meeting statement from the Cycle to Work Alliance.

Last year roads minister Jesse Norman said the the Department for Transport was considering how uptake of electric bikes could be encouraged, including perhaps offering subsidies. However, last month he revealed that the DfT had ruled out extending Office for Low Emission Vehicles grants to electric bikes or electric cargo bikes. He has not yet made a statement on whether the limit on the Cycle to Work scheme could be lifted.

Chair of the Cycle to Work Alliance Steve Edgell said: “The Cycle to Work Scheme has already helped over half a million people commute to work by bike. We now want to build on this success and futureproof the scheme by opening it up much more widely for electric bikes.

“The benefits of electric bikes are clear, in particular for those demographic groups who may not currently feel confident about cycling and for those who live further away from work. The scheme is the simplest and most effective mechanism for making electric bikes affordable and accessible.

“A good quality electric bike suitable for commuting regularly remains at a relatively high price point, above the £1,000 scheme limit. We’re keen to continue working with the Department for Transport and the Treasury to make the case that the scheme is the most effective mechanism to encourage electric bikes.”