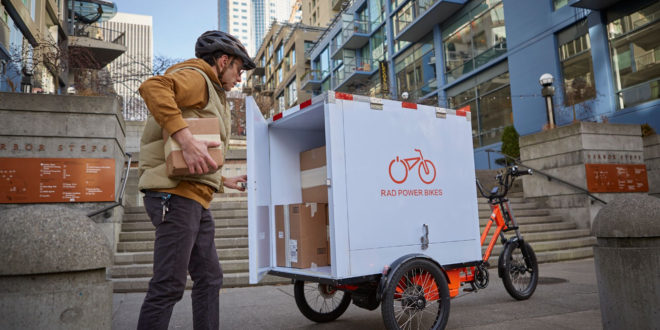 Rad Power Bikes has announced the release of the RadBurro electric cargo trike in Europe, with a 1,500W motor and proprietary modular attachments that can haul a payload of up to 315kg.

The company is also hoping to bring sustainable transportation and last-mile delivery solutions to Europe through the formation of a dedicated Commercial Division.

Arno Saladin, Rad Power Bikes’ European business director said: "Europe is taking a leading stance on eliminating carbon emissions, and we can assist in this revolution.

"This expansion is built off of our belief that e-bikes are more of a tool than a toy, and our models especially have the ability to change the way European businesses and goods move.

"In addition to quality and affordability, the added support from the throttle and powerful motor allows riders of all abilities to haul heavy loads, travel long distances, and safely navigate congested areas."

The RadBurro is a manoeuvrable electric cargo trike designed to help improve operational efficiency and sustainability.

The e-trike reaches a top speed of 25km per hour and can achieve up to 130km on a single charge.

Brian Rinckenberger, Commercial Division director at Rad Power Bikes, said: "We are so excited to bring the RadBurro to our European customers as it is arguably the most affordable and practical delivery vehicle alternative on the market today.

"We launched the e-trike in the U.S. within the last year, and have already seen food companies, large corporate campuses, and independent businesses improve their efficiency and carbon footprint with the RadBurro."

As the first e-bikes to be certified under L1e-A and L2e classifications, Rad Power Bikes’ models are European Whole Vehicle Type Approved to have more power than traditional 250W e-bikes. 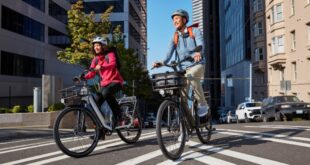 Investors double down on Rad Power Bikes with additional $154 million 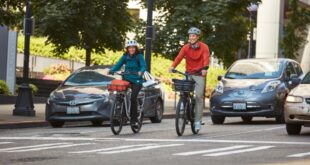 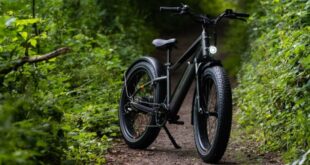