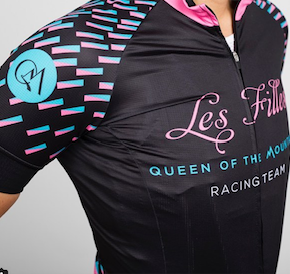 Queen of the Mountains pushes women’s racing with new team

Les Filles has been racing in the UK for four years after forming with the goal of inspiring women to race and get involved in competitive cycling. The team is concentrating on Elite and National level races during the Spring/Summer season.

“The team members are all incredible athletes in their own right,” commented Bamford. “Their love of the sport and encouragement of others to race is infectious and was a key reason Queen of the Mountains wanted to partner and sponsor the team. These women are incredible ambassadors for women’s cycling. Together, the team want to break down the barriers that preventing women from racing and riding.”