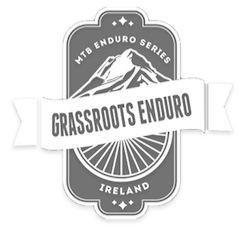 Derbyshire-based distributor Moore Large has announced that Polygon will appear as the title sponsor of the 2017 Irish Grass Roots Enduro series.

The race is organised by mountain biking clubs to encourage riders of any age or gender to try racing in a simple format. Irish retailer Biking Dirty will be at each of the five rounds supporting Moore Large and Polygon.

The events have a unique one-day blind race format in which riders do not get to practice in advance, but can attempt stages multiple times until the cut-off time. Polygon will supply first second and third prizes for each round and winners can expect to receive goodies from apparel brand fellow Moore Large brand O’Neal.

Whereas the series will aim to provide a fun and relaxed atmosphere focussing more on participation that competition, the technicality and difficulty of the trails will be comparable to those of other national and international Enduro races.

Moore Large reports that there has been a high level of interest in the opening round of the polygon Grassroots Enduro series, tickets for which sold out in just one day.

Round 1: 5th of March at Bike Park Ireland and hosted by Galway MTB

Round 2: 9th of April at Killaloe hosted by Limerick Mountain Biking Club (LMBC)

Round 3: 7th of May at Bree hosted by Bree Mtb

Round 4: 11th of June at Ballyhoura Mountain Bike Trail and hosted by Team Ballyhoura

Round 5: 27th of August hosted by Rebel MTB at a yet to be confirmed location

Find out more about the race series here.