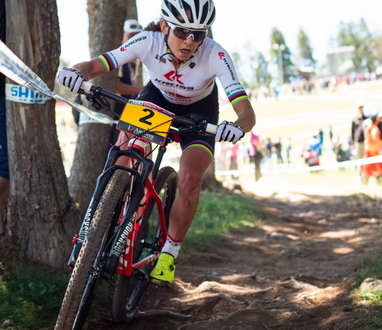 Poland manufacturer KROSS has been awarded a European fund to open a carbon production facility at its European headquarters north of Warsaw, Poland.

The advanced carbon facility will be one of a few similar production sites in Europe. The factory is already being built, with the frame testing set to begin in November 2017. Testing will not only rely on laboratory results but also on the feedback from the brands professional XCO athletes, KROSS Racing Team.

The budget was awarded to the Polish manufacturer by the European Union Regional Development Fund 2014-2020 for the Polish Masovian district. The company’s goal is to conduct extensive industrial research to create its own production technology. This would allow for unique and individual features and composite frameworks.

Currently, KROSS bikes has a factory comprising of three production lines, one of which is dedicated to individually produced PRO bikes – including those used by the KROSS Racing Team. Having full control over production allows KROSS to maintain a stable quality control and quickly adjust production schedules. After implementing SAP just last month, the company is now 100 per cent integrated.