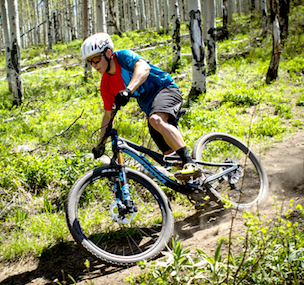 American brand Pivot Cycles has announced the release of two new models, the Mach 4 Carbon and the LES 27.5.

“Our Mach 4 Carbon is one of the most versatile bikes we’ve ever designed. Not only does it shine at the highest competitive levels, it is also the most capable XC trail bike you can get,”said Pivot president and CEO Chris Cocalis.

New for 2018 is a fully redesigned rear triangle with increased stiffness and more tire clearance as well as Boost 148 rear hub spacing. “We are also offering this bike in both trail and XC Race configurations enabling riders to get a bike that is dialed for exactly how they want to ride,” added Cocalis. Riders can choose between a trail-ready build with 130mm travel Fox 34, Maxxis Ardent 2.35 tires and 740mm wide riser bars with shorter stems or a competition ready machine with Fox 32 Step Cast fork, fast rolling Maxxis IKON 2.2” tires and a Phoenix Team Flat Carbon handlebar.

“Our LES 29 is a World Cup winner, with a recent victory in the first 2017 Men’s Eliminator event. The new LES 27.5 shares the LES 29’s carbon frame features and shaping but has the super nimble handling of 27.5 wheels and really short chainstays, giving it an entirely different personality,” concluded Cocalis. “ It’s a fun bike that really rips through berms and technical sections.”