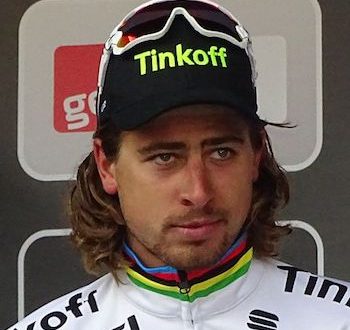 Two time world champion road pro Peter Sagan will work with mayors of the world’s great cities to help increase the number of cyclists on city streets. Speaking in Düsseldorf, at the start of the Tour de France, Anne Hidalgo, Mayor of Paris and Chair of C40, the network of the world’s great cities committed to bold action on climate change, announced that the Slovakian rider will take on the role of C40 Goodwill Ambassador for Biking Cities.

Hidalgo said: “I am delighted to be announcing Peter Sagan as the C40 Goodwill Ambassador for Biking Cities here at the start of the Tour de France. The urgency of the climate crisis facing our cities and our planet requires constant innovation and new ways of working. In Paris we have seen the benefits that increased cycling rates have brought and I know that Peter will help to bring that spirit of transformation to cities across the C40 network.”

Sagan, who rides for the the BORA-hansgrohe team, added: "I have spent thousands of hours training and riding on the streets of cities around the world and I know what makes a great biking city.

"When people feel safe and confident riding their bikes rather than taking their car, they are healthier, happier, save money and reduce their greenhouse gas emissions."

C40 Cities connects more than 90 of the world’s greatest cities, representing 650+ million people and one quarter of the global economy.

Share
Previous Wales wins the Tour de France when it should have been Germany
Next Women in Workshops: An interview with Joanne Newstead from Elmy Cycles